No, not the infamous kid who played with a lightsaber and set the Internet ablaze many years ago. I'm talking about my OTHER son, the one that I really don't devote nearly enough time to in this blog (or in real life quite frankly) since he is 100% healthy. I used to write about Carter a lot, back when I was a 'New Dad', but that was what seems like a lifetime ago. 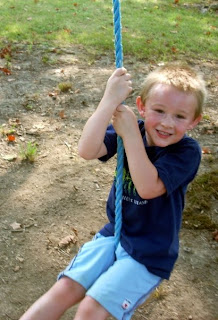 I wanted to try to bond with him a little bit, and I have been doing it by trying to use Star Wars as my bonding agent. This weekend, in the midst of watching for seizures, cleaning, organizing, mowing the lawn and a bunch of other odds and ends, I put in Star Wars Episode I: The Phantom Menace in the DVD player for Carter and sat with him to watch it. 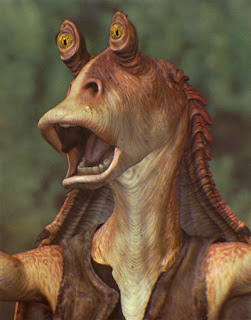 Yeah, yeah...I know...you're asking..."Ken? Why in the world would you subject your elder son to the most horrifically awful of the six Star Wars films? Are you INSANE man?"

Well, he has been watching Star Wars: The Clone Wars some of the time, and he seems to be digging it. He had seen a very small snippet from Star Wars Episode III: Revenge of the Sith a while ago, seemed to like that too. Likes the character of Anakin. However at the age of nearly 5 he does not quite understand why Anakin Skywalker becomes Darth Vader. 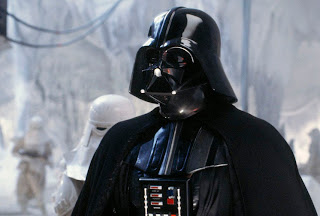 Nope...he doesn't dig that part of it. He kept asking me all kinds of questions...

'Does Anakin have a Light Saver?'

'Does Anakin have a gun?'

'When does Anakin fight people?'

'He drives a really fast floating car, you'll love it.'

'Well...then does he fight after that?'

Apparently, the kid loves the Jedi fighting. Guess I better remember that.

Overall, he was not as into watching Episode I as I thought, until I went down into a box and found an Anakin Skywalker figure in a Pod Racer and then he sort of got into it. At least later on he asked about watching more Star Wars movies...so the master plan is working for the time being. 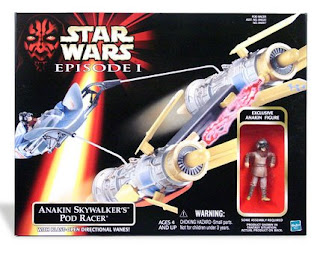 Of course, I tried to get him to watch Star Wars Episode IV: A New Hope (you know, the first one from 1977), which is still hard to top from where I am sitting, but it's a little slow compared to what he is used to. Freakin' fast-paced CGI has sort of ruined the Original Trilogy for the younger generations. Anyway, he was sort of half-interested in it at the time, maybe as he gets more involved in the SW universe he will gain some interest. Hope so. I'll just be happy if he at ONE time in his life can recognize the singular perfection that is Star Wars Episode V: The Empire Strikes Back.

He had a question for me while he was watching a couple of scenes from A New Hope, one of which nearly made me do a spit-take with some water I had just started drinking. 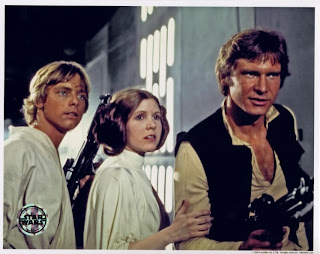 'Daddy? Why does everyone have such big hair?'