Bennett's Story Part 1: Ahead of His Time

It was suggested to me recently that I try to organize as much of Bennett's story as I can, try to put the last 3 months into some kind of perspective. I am going to post this here now and add to it as there is time. I will link up on the side of the blog main page so that people can access it who want to and I will get it finished as quickly as I can for anyone needing or wanting to see the chronology of Bennett's condition.

Bennett's Story Part 1: Ahead of His Time

Bennett's Story Part 2: The Calm Before

Bennett's Story Part 4: The Truth is IN There

So the date was set, we were thinking ahead to that week, and I was even trying to figure out how I could possibly go to Baltimore that week to watch the Ravens play the unbeaten New England Patriots without totally seeming like the Ultimate Asshole Husband of the Universe. I never actually GOT the tickets, but they were dangled in front of me and I have to admit...I hesitated. I really did. Turned out to be a helluva game too. 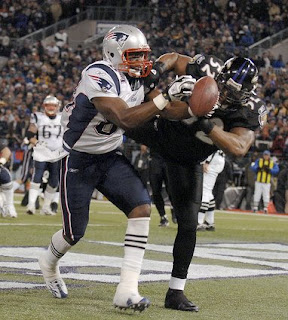 None of that mattered, since Bennett decided that he wanted to show up a little earlier than planned.

On Friday night, November 9th, Jen went to Meijer and came home feeling very weak and expressed that she was having a ton of back pain. All night she just felt BAD. She kicked it to bed a little early. I was in the deepest of sleep around 2:30 in the morning when she woke me up and told me we needed to go to the hospital. She thought she might be in labor and she was having contractions.

We packed a bag, called Jen's parents (who came over to stay with Carter) and off we went to the hospital. We were seen very fast, and they gave her something to see if it would stop her labor since they thought it might be some kind of false labor. Whatever it was, it didn't work and we were told that this little guy would not wait...he's coming now. They decided to do a C-Section immediately.

It wasn't long after that Jen was whisked away to surgery, and I spent this birthing experience very much like I did the last one, waiting outside of the room having an attack.

Some support I was. But hey, PTSD and anxiety does that to a guy. At least I got her to the hospital. 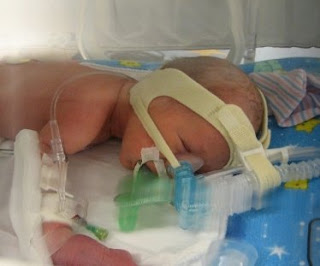 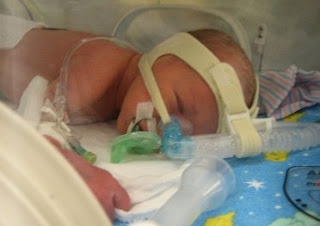 Bennett was born without any SERIOUS complications, despite his prematurity. Though something did occur that has, of late, made me wonder if we should not be asking some questions or at least taking a look at the records.

Apparently, as best as I can piece together, they were checking his blood sugar and noted it was low, and noted that his color was 'dusky'. Never heard the phrase 'He's turning blue!', no coding, nothing like that. But because he was having some trouble breathing on his own he was taken to the NICU and put on something called a CPAP. That stands for Continuous Positive Airway Pressure, and it is NOT an oxygen tube like you might think. It is a method of respiratory ventilation used primarily in the treatment of sleep apnea, for which it was first developed, but it is also commonly used for newborn infants who just need that 'extra push'.

So, the NICU is where he spent the first three weeks or so of his life. But he did really well there, progressed fast, and didn’t require the breathing assistance for any unusually long period of time. As far as we know, he did not have any oxygen deprivation to his brain. But like I said...knowing what we know NOW, it's worth looking into. He seemed totally fine to us after the first couple of days. Soon, he figured out the whole eating thing, and I'd say that he was fairly even-tempered for being in a plastic box for three weeks. 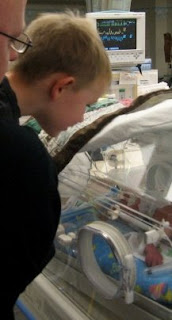 You wanna know something funny? Not funny ha-ha, but funny ironic? I remember holding it together very well, even though I saw him hooked up to all that shit. Oh sure, I was a little terrified and upset and I cried some but not a whole lot (not like now). But the thing is...I actually was doing very well with it emotionally.

Why? Because I basically decided NOT to face any of my feelings. I made the conscious choice to never actually confront any of my fears, and that meant not really confronting him. I have to be honest here, since honesty and being open is my thing...I did not go visit him every day, and when I did I did not linger around. There were many days I did not go at all.

I was, in fact, a terrible husband to Jennifer and an even worse Father.

Today? I'm shocked by that admission.

I'm also embarrassed by it.

That fact is made even more intolerable to me in the re-telling because it had been less than a year since the death of my own deadbeat Dad, and I still hadn't gotten over my powerful anger over his lack of action or interest in my life (probably never will). Yet there I was, living in his shadow and, being my Father's son, ignoring my own son in his time of greatest need.

I justified it in my mind of course.

Oh, he doesn't really know who or what is around him, he's not that aware of where he is or his situation. Hell, he hasn't even opened his eyes and he wasn't even supposed to BE here yet.

But all of that is exactly what it smells like. Bullshit. I was a coward, and my son suffered because of it. End of story. It's a crime of the heart I have since forgiven myself for, but the residual guilt is something I will always carry with me.

Sometimes, we need to keep these reminders handy.

And I certainly can't and won't deny the little tickle in the back of my mind that often wonders if this condition that afflicts my son is somehow a lesson delivered unto me instead. Something punitive, something hurled in my general direction, a cosmic ass-kicking. That's crazy, I know.

But sometimes I think crazy thoughts.

I VIVIDLY remember the thoughts I had, though, when we were told we could begin preparations for taking Bennett home, and I remember how I felt while getting in the car with my wife and second son. I thought I had just had my Kobayashi Maru moment, I had 'cheated the outcome' and didn't HAVE to face any of my fears now, since the whole experience was over before it had really begun.

I remember turning to Jen at some point during the drive home and saying, “Well…at least everything is going to be all right now.”

And for a while? It really was. 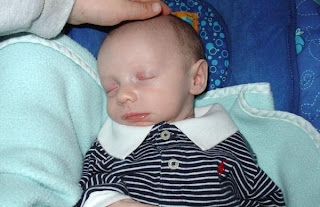 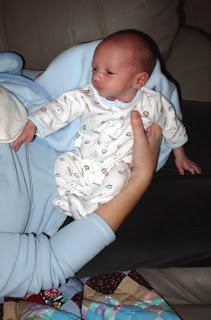 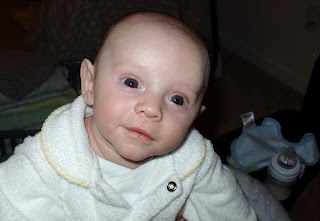 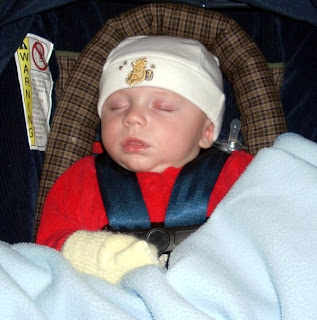