How's This for a Happy Nugget? 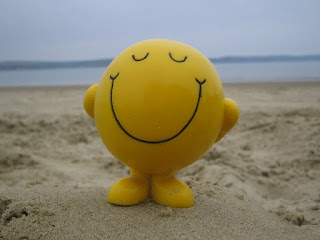 OK, so you know I'm freaking out about the Cleveland Clinic inpatient visit for Bennett, which starts tomorrow. We just finished packing the car and I am watching Bennett sleep and have the laptop out, so what the hell. Jen is on her way to the pharmacy for her SECOND anti-anxiety med. Wow, that's huge. I'm covered on all my meds for the trip, though I may be adding in Med #5, an anti-depressant I used to take, when I get back.

Anyway, so in case you missed it, Bennett has Occupational Therapy every Thursday morning. Last week, he seized ten minutes in. Wiped. Session over. Week prior? Sick. Couldn't go. Week before that? Seized five minutes in, monster set, the one Sinead calculated out at a per second thing, it was staggering. Session over.

I take him in today figuring that since he has a cold and has been seizing more intensely than I have ever seen in these nearly six months that it would be a total bust.

He had the session of his life.

Climbing, playing, laughing, sliding, playing with toys, pushing this, pulling that. It was like a different child showed up from a Mirror Universe (but one where they don't have goatees) and impersonated Bennett for an hour. 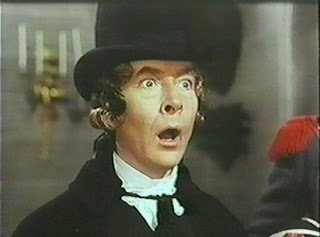 I...was shocked. Audra, his therapist...shocked. The other therapists who know of Bennett's condition and have interacted with him before? Shocked. At the end, one of the other therapists came to me and patted me on the shoulder, cause she knew what I was thinking and knew how badly I felt over the past month of bad sessions, and said Bennett was an absolute delight to have around today. He was AMAZING.

It rips them up to see me react to Bennett's seizures as much as it rips them up to WATCH Bennett's seizures themselves. So...yeah, I'm a dude and it doesn't bother me to admit that they've all seen me cry before. I had some tears in me, and allowed a couple to squirt out. The difference is that this was the very first time they had ever seen me shed some of the 'good' ones.

So there you go. Yeah...he had a horrific cluster when he came home, yeah I am nervous about Cleveland, yeah I am anxious, yeah my stomach is in freaking knots. But for a couple of hours, I was just a Dad who was feeling super proud of his son. Those couple of hours were EXACTLY WHAT I NEEDED.

Put THAT in the Happy Pipe and smoke it, beeyatch!

Now I am gonna go squeeze in another anxiety attack before I hit the road. Next stop...Cleveland Clinic. I always think I should say THE Cleveland Clinic. As in 'THEEEE'. But I am not sure if that is the right way to say it. I think that since I live near 'THEEEE' Ohio State University I think everything in Ohio is supposed to have a 'THEEEE' in front of it.

Anyway, see you on the other side. Not sure when I will be plugged back in, probably not until sometime late Friday night.