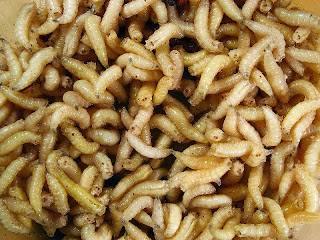 It is now six months to the day, hell, to the MINUTE, that I saw Bennett's first seizure. I set this blog to go live at the moment I noted it when we were hanging out together in the living room while Jen was at her aerobics class. 7:23 PM. February 11th. 2009.

Seems like it was only yesterday in some respects. In others it feels like a lifetime ago. To be perfectly honest, if I went back in time and met myself on February 11th, I am not sure I would recognize who I was, because I know it isn't who I am. Life is just so very different now.

You might be wondering...OK, Lilly, are you going to explain the horrible Maggot photo you opened this fucking blog post with? Yeah. Today, this morning, we walk out to the garage, the four of us, to take Carter to Day Care and Bennett to his grandparents. Huge toad...HUGE, is right there in the middle of the floor. 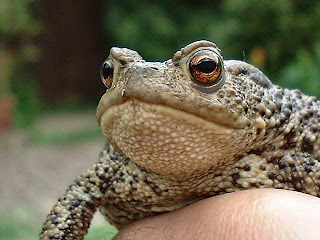 That was odd, I thought. Since I quit smoking the garage door is rarely open. How the heck did that thing get in here? Of course Carter runs right over and leans down to take a look. He said 'Hey Daddy, look at this GIANT toad! Hey, look at all the Frog Worms!' I look over, the garage is swarming with maggots. All over the floor. All over the trash can.

Guess some flies got jiggy wit' it yesterday and were banging in my garbage. The eggs only take 8 hours or so to hatch. The toad got in to gorge itself on all the creepy wigglers. Nice. 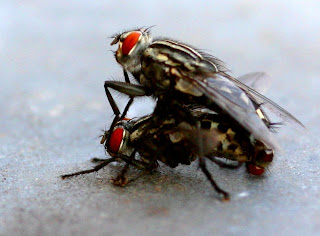 We get the kids into the cars and I came back to it later to deal with it.

So why post that pic? Why even bring it up?

Of course, who's the whiny little bitch? What right do I have to complain? Not so sure that I do, not one goddamn bit. I've been watching Bennett have seizures for six months, watched him slip further and further behind cognitively, watched my family start to come apart from the inside out.

Go to ANY blog that is on the side of this page and visit their blogs and there are people who have been struggling at this for a lot longer than me. There are mothers and fathers too writing about situations that sometimes make me feel...embarrassed... about writing about mine. Honestly, my situation pales in comparison to almost ANY person who I call my 'IS Brother or Sister'. We don't talk to each other like that, but it's the truth. 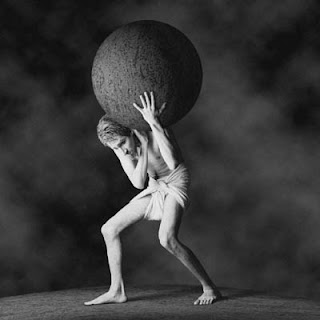 I write one of these negative posts while at the same time thinking...you fucking asshole, why don't you just get over yourself and stay positive? Be thankful? Look at the enormous amount of strength all those people show you, every day, and their daily shitstorms are so much more intense. You should be ashamed of yourself for not handling this better.

I know I should be more positive. Sometimes I can be positive. Lately, been losing that fight. Probably some fear over the upcoming surgery, though I know many of those folks I mentioned above would envy our position, our course, to even HAVE surgery as an option. Again, there's that guilt, that shame, over what I consider to be a very un-evolved way of thinking today.

Why am I even writing this thing? I feel like shit, I'm in a shit place mentally...why did I bother? No idea really. I felt like I had to write something, in 'honor' of the anniversary date, but when it comes right down to it, I'm just in a bad mood. Hence, the maggot analogy.

So I'll wrap up, and figure out a way to apologize for this particularly weak-minded and negatively-charged entry when I feel more alive. 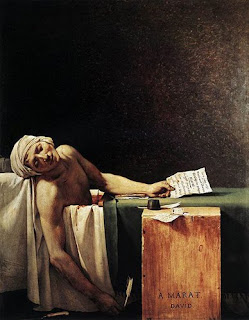