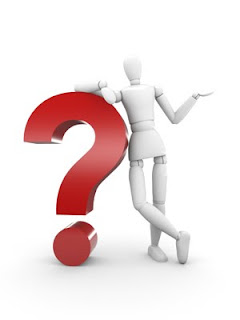 I was reading a blog post the other day about Blog Etiquette, or Rules of Good Blogging and some such, and one of the rules was to keep it simple, to keep it brief. Suggested that the longer your posts are the less people are likely to read them. That's a rule I violate BIG time all the time. If there is one thing I know about myself and writing...I am one wordy motherfucker.

So just warning you in advance. This one is really long. It's a commitment. And I'll understand if you just wanna be friends.

Some people have been asking me about Bennett, more specifically, how did things go this past Tuesday and what's the plan with him? Figure...what the hell, now is as good a time as any for a summary of where we are today. Gets people up to speed, and gets people ready for what's to come.

A few weeks back we had Bennett undergo some additional testing at Cleveland Clinic, to see if it would be possible to stop his seizures with surgery. Oftentimes, if you can find a focus, that place where a seizure 'starts', in the brain, and take that out, you can possibly cure the patient from having any seizures at all, or at least dramatically reduce the quantity and severity of those seizures.

I've gone over those tests and the results before in much greater detail, but the summary was that the team that reviewed all the evidence on Bennett's condition believed that not only was surgery an option, it was urgently recommended, because some of the evidence has suggested a brain tumor in addition to or instead of the previously diagnosed Cortical Dysplasia.

Although it is important to also point out that some of the evidence did not support this section of his brain as THE FOCAL POINT, so there is a wrinkle there. Nothing in these situations is so A to B to C. 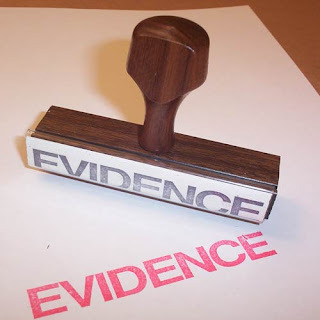 Surgery is scheduled for August 27th, and we went up this past Tuesday to meet the surgeon, go over what was going down, get some info. Essentially Bennett really did not need to be there, but the surgeon, Dr. Bingaman, wanted to see him while he talked to us.

We got the full explanation about why he thinks this is more likely a tumor than just Cortical Dysplasia (though he isn't ruling out CD completely, might be a Combo Pack), what the procedure would be like, what the risks were, etc. Just so you know, Bennett will be undergoing what is called a Temporal Lobectomy. They use a question mark shaped incision, probably in this location or close. 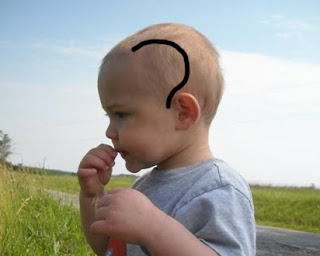 Actually, much of what Dr. Bingaman told us you can see here, in a video on Resective Surgery from The Epilepsy Therapy Project. It's very informative, though generalized.

Pretty nifty, this whole Internet thing, ain't it? The things you can so easily learn about. Wanna learn more? Of course you do...because you, like me, might be wondering...but what are the risks to that cute little guy? I mean, this is BRAIN SURGERY fer cryin' out loud!

You ask? I provide.

...and don't forget Part II. It's no The Empire Strikes Back, but it's a decent follow-up.

Essentially, what you just learned in these videos? I learned in a very warm, under-air-conditioned office this past Tuesday.

How do I feel?

I'm nervous about this whole tumor angle. If it is something along the lines of a Dysembryoplastic Neuroepithelial Tumor, we're good. Those don't come back, they aren't malignant, and they are often a tumor type that can be found along with Cortical Dysplasia. If it's something else...well, then it's something else. That's freaky.

But overall, when it comes to the surgery itself, I have to consider Bennett to be one of the 'lucky' ones. I know plenty of parents who watch their sons and daughters have seizures every day too who are hoping to, one day, be in a position where they are waiting for a surgical date to arrive. So I do understand it from that perspective. While terrifying, it is also certainly comforting to at least have this as an option.

Funny thing is that I am most nervous not about the procedure, but what lies just beyond the procedure. How will I handle those days? What will Bennett be like? Will he be OK? Will he be like the Bennett I know today? Will there be any issues with him being able to walk, or see, or do the things he does right now?

Will he be in a lot of pain? How will I know? Will his seizures actually stop? Will he be able to learn? Will he be able to get back what he's lost? Because as of today? Words are pretty much gone. Even getting him to mimic now is next to impossible. Will that change after the surgery?

It's crazy, after six months I have found a way to live my life with my son's seizures being a part of my daily existence. Somehow, and I can't for the life of me explain it, in these past six months, while I haven't accepted them, while I still hate them, while they still make me angry and tearful and upset, somehow I have learned to navigate each day to the point where they have become a part of my routine. I EXPECT THEM. I KNOW THEM. I AM FAMILIAR WITH THEM.

But now? What lies ahead are a bunch of unknowns, and what is not known is generally feared. If his seizures go away after the surgery, that will be awesome. Really awesome. It is certainly what I am hoping for and what any parent would hope for. It is certainly the goal of the surgery...stop the seizures. Give the boy a chance.

But the truth is, the journey isn't really over then...is it? Is it ever? Because there are so many variables we can't really know about when it comes to his brain. And that's the thing that has me tripped up. I longed for this, I wanted this, I really looked forward to having a shot at a surgical solution to make the seizures stop. And now that we have that? It's beyond frightening because I never thought about what happens after that.

Now it's all I can think about.

I'll get by, somehow. As each day comes I get more and more nervous, but I'll figure out a way through it. I always have before, I will again. I'll write a lot I'm sure. Some of it may be stupid, filler garbage, some of it might have a kernel of insight in it. I don't know.

I have this wishful image in my head sometimes, this fantasy...in it I see Bennett, grown up, laying beside some woman, some new Mrs. Lilly. They're holding each other, laughing, talking, and the new Mrs. Lilly reaches up and runs her finger along the length of the scar that has now become so visible since Bennett has lost most of his hair like his Dad did. He touches her hand and she pulls it back because she thinks her action has bothered him.

She tells him she's sorry. He tells her not to be, he just wanted to hold her hand. This scar, he explains, it's just a part of who I am. In fact, to me it will always be a gift...a reminder to treasure the life I've had. It will always represent, to me, an opportunity that eventually allowed me to be right here, right now, in this place...with you.

It's a good wish. It's a good dream. Maybe it can come true. But the only way I'll ever know it is to get through the next seven days.