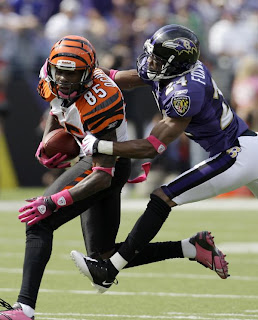 - The Ravens Secondary really does suck. I wish we had dominant players in our CB positions. Good QB's are gonna exploit that weakness ALL SEASON long...and in the end I fear it will be our undoing. And our O-line was just plain embarrassing yesterday. 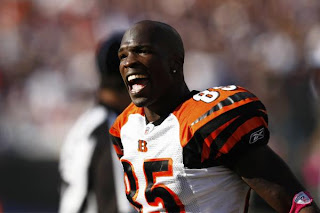 - I never thought I would be nervous going into a Bengals game, but then the more I thought about it I realized the Bengals, until last year, actually have a decent record against Baltimore. And in the end, they deserved to beat the Ravens, who basically beat themselves on that last drive. I mean c'mon, you can whine about the penalties, but you guys did a LOT of very deserved things to cause those penalties this time. Can't blame the officials this weekend. That loss is squarely on you. 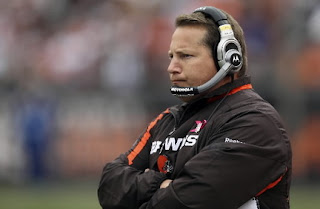 - Eric Mangini, whenever they show him on the sidelines, just looks like the most miserable bastard in the NFL. Dude NEVER looks happy. Good. I love it when the Browns suck. And man oh man, do they suck it again this year. Yeah, you won on Sunday, but 6-3 against the BILLS, so don't go patting yourselves on the back too much. This is reverse hatred...I never had a problem with the Browns until people in this state of Ohio in which I am trapped started hating the Ravens for leaving Cleveland. 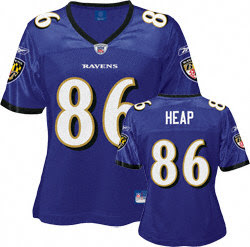 - I think my wife looks hot in an NFL jersey. It's cut shapely for a woman, not a big bulky thing like the ones us dudes wear. Dunno why, but it does something for me. Except those pink variations, I am not a huge fan of those. But is it weird? Probably not...it's just a reaction to the fact that she actually gives a shit about something I'm into, and that means something to me. Though she refused to really let me shoot a photo of her in it. Lately she has been feeling like she's too heavy. Sometimes it's hard to let your chick know that she can still look great even though she may have put on a few. They just don't believe you. 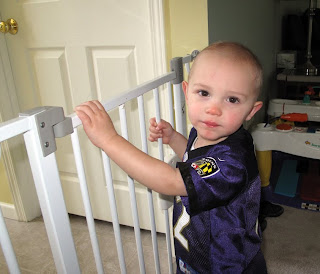 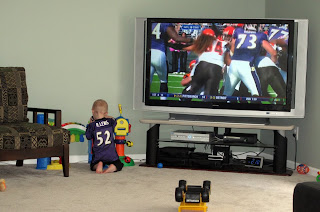 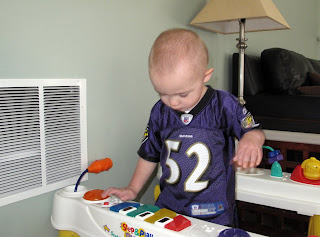 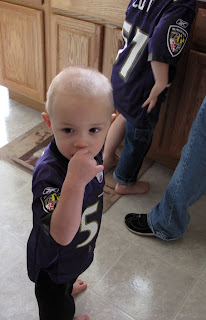 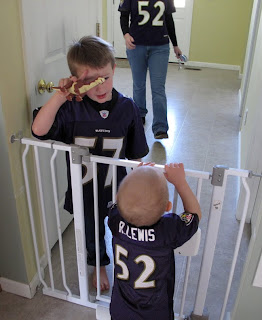 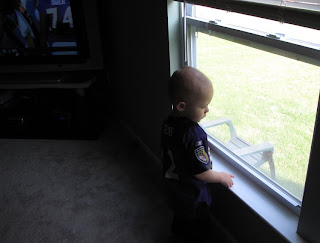 - I think my kids look ADORABLY cute in theirs. Especially Bennett, or Carter when he was a wee lad. Little kids in NFL gear look cool. Bennett MIGHT be able to wear this one for the rest of the season, but he'll need a new one next year. Carter generally hates wearing his, but he will sometimes. Shame Bart Scott isn't with the team any more. I need to upgrade his as well. 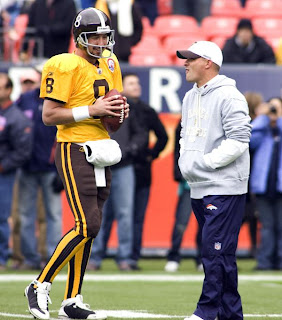 - As for the rest of the games, nothing really jumped out at me this past weekend as super awesome, other than my utter horror at how awful the Broncos AFL Legacy uniforms look. Wow, and I thought the Eagles throwback jerseys were shit. My whole football-watching experience for the weekend was soured by the loss to the Bengals, so it's tainted, but I'm glad the Eagles won...damn that is one tough division. Friggin' Giants are 5-0. Pittsburgh beat Detroit, um...duh. I dunno...a bit of a bummer week for me leading in and so I was not nearly as into the weekend's NFL festivities as I usually am. 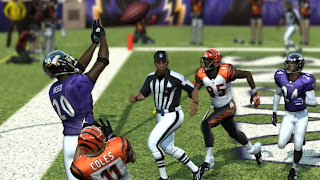 - Oh and as usual, in both fantasy leagues I still suck. Looks like in both leagues I will be losing to an 0-4 team. Nice. This will be my last year playing Fantasy Football. At least in Madden I stand a chance of winning. I do miss those days, pre-Halo, when it was me, Mike Horn and Mike Renegar playing Madden against each other in the Palisades offices. THOSE were some of the early, fun times.