Another Week in my Rear-View Mirror

I can't think of a better way to cap off a very difficult week for me than posting up the rest of the photos that I started to show in last Friday's Blog, photos of the kids and their cheesy 'studio' portraits they get every year at school.

Not unlike this kind of portrait, of yours truly, taken in 1972 when I was a mere 5 years old. 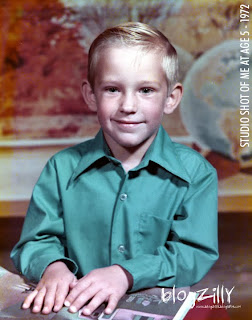 Now, when I say 'cheesy' studio portrait don't get me wrong. I like cheesy studio portraits. There is a place for them in this universe. Are they as cool as some pro photographer shots or as cool as some candids and stuff? No. But they have their sense of nostalgia, and I am nothing if not sentimental as hell.

Here are the rest of Bennett's, taken in early November. 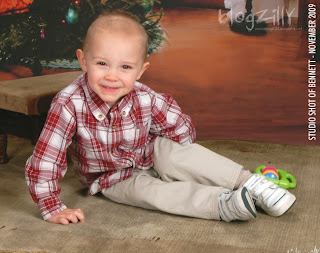 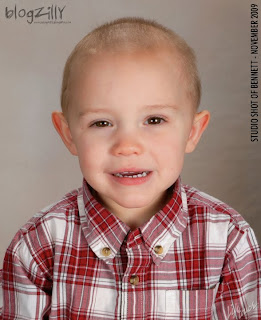 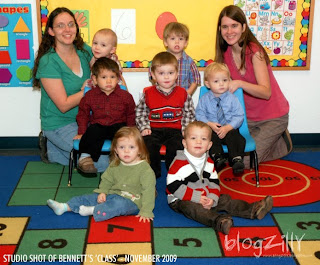 That last one is a class pic, that's the group of 'Age Two-ish' kids that all hang in one of the rooms. It may very be the last group portrait of him with so-called 'normal' children in a classroom setting for a while. At some point he will be transfered to a different facility for more specialized learning.

Now, here's Carter's pics from the same shooting day. Let's not forget about him. He loves hamming it up for the camera. Apologies about the haircut. We actually DO care how the boy looks, but he is more afraid of haircuts than I am of sharks. He screams when you cut his hair, and we have no idea why. So when he gets it done it is done fast with a 'do-the-best-you-can' instruction given to the unfortunate hair cutter at Cookie Cutters. We tip her A LOT. 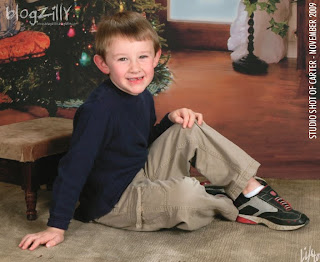 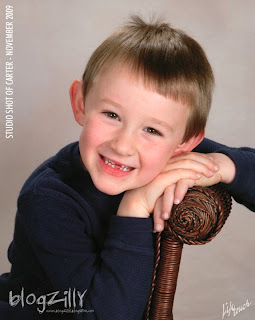 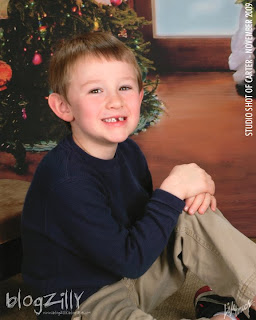 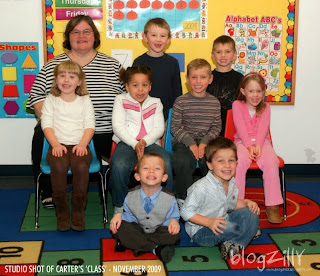 That last shot is of Carter and his 'class'. Officially, Carter could be in Kindergarten, but because he turned 5 late in the year we decided to let him mature a bit more before putting him into the public school system. He needs it. One day he'll be glad we did it.

Have a good weekend everybody. It's crazy wacky here for tomorrow's Ohio State vs. Michigan game. Seriously I have never seen anything like it. Even if Ohio State lost every game of the season but won this SINGLE game, Buckeye fans would be happy. That is wild.

I'll watch the game. I have to, I live in Columbus.