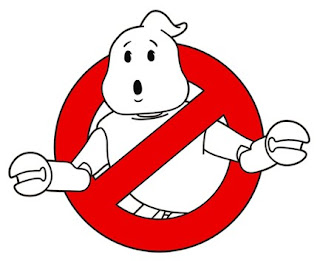 I get so wrapped up in work, my kids, the wife, the NFL and everything else that is going on right now I keep forgetting to be sure I keep my blog updated with all the cool new block figures I've added to my ever-growing collection.

Of course, I just did a quick count...there are around 263 photos that I have taken and NOT SHOWN here in the pages of Blogzilly, all block figures that I have added to the collection in the calendar year 2009. That includes any MiniMates and Kubrick figures, and an occasional odd figure here or there that qualifies to be in the category. Not to mention all the ones I HAVE NOT EVEN TAKEN A PHOTO OF. That's a lotta figures. But they're small. :)

SO...let's get to it, shall we? In the rapidly expanding world of the MiniMates, it is SICK how many I have been picking up lately. But then again, they are releasing SO many SO often it's hard to keep up if I don't get the stuff when it all comes out.

Well, I have managed to get every figure you see on here, except I have not yet received the box set with Gozer in it yet, though I have paid for and ordered it, and the only other thing on that whole page I am missing is that black figure at the upper right with the Ghostbusters logo on it. Can't seem to find him. But even though I HAVE all the stuff, I have only had time to shoot these four.

Yer saying...Lilly, have you lost your mind? I don't remember seeing any of those guys in Ghostbusters OR in Ghostbusters 2!!! Well, yeah, that's true. That's cuz they are from this summer's Ghostbusters video game. Natch.

As for the Kubrick universe...

That's a piece I added to my Universal Monsters Kubrick collection. I know, yer saying...hey Lilly...that doesn't look like a block figure to me. It isn't, technically, but this casket WAS a chase 'figure' in the Universal Monsters series, along with a Frankenstein table and some other items like it I believe. I also believe I have used the 'Hey Lilly' gimmick too much.

Those are from a set of Reservoir Dogs Kubrick figures that came out a LONG time ago. But like I always say about these collections. I am patient. I wait for opportunities. I look for a time when I can get it cheap. Well, I used to do that. Nowadays, I have a 'Kubrick Buddy'...he knows who he is, who kind of has my back in the Kubrick world and is helping me get these things so I can stay focused on other things. Nice guy. You'd like him.

Anyway, these Reservoir Dogs figures came out in two box sets, labeled 'A' and 'B'. The folks at Medicom don't worry so much about coming up with fancy names for their sets. This is what their old box sets used to look like a lot of the time. Less window, more design with flap.

And in case you were wondering, I actually did pick up the other set, and realized only then that these guys actually have some accessories. So this time around I shot them WITH some stuff in their hands. Though gotta admit, they dropped the ball on Mr. White. He HAS to have two guns, people. Even I know that. But then again, I got to work on some pretty nifty Reservoir Dogs figures myself, and we went accessory CRAZY on that line. It was fun.

But that's a story for another time.