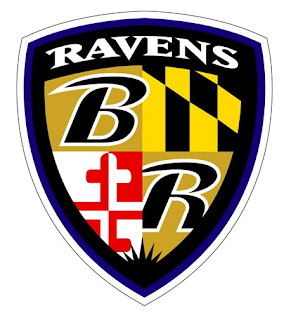 So yesterday, Sunday, as you were watching the Ravens play the Bengals or whoever your favorite team is, I was in Baltimore, actually physically AT M&T Bank Stadium, home of the Baltimore Ravens. Yer saying...Um, Ken, you know the Ravens are playing AT Cincinnati, right? Dork.

Well, yes I do know that. That's actually why I was there in Baltimore instead, at a party with people from the company I work for called MVP Collection. The party was actually IN the stadium, and you got to go ON THE FIELD. How FREAKIN' cool is that? Very. At some point I'll be posting some photos.

Anyway, since I've got Ray Lewis and the Baltimore Ravens on my mind, figured I'd show some IN PROGRESS shots of the bust we are making at MVP Collection of the Ravens linebacker. Our hope is to eventually start up some content at our own website, build the web community, do some production blogs like we used to, we just aren't there yet.

So until then, I may occasionally pepper something in here.

Here is a VERY early shot of the sculpture, just as it was taking shape. Pretty nifty huh? This was just for the sculptor to get a feel for how the pads would work under the jersey, the size, etc.

It grows from there to something a bit more refined, but I am skipping WAY ahead to the finished head sculpt. This was as far as we took it here in the states.

Then he was shipped off to China and now they are doing some refinement work on the bust.First we had to do a size enlargement because of a scale issue, and we also are taking the time to improve the Facemask and other details, which didn't translate as well as I wanted in the sculpt we did here.

And we are adding on the numbers and patches. When you are making an NFL figure in plastic, say, you don't need to do that. IN fact you shouldn't, that way it's easier and cleaner to do a screen print process on the numbers, nameplate and logos. But in polystone (or resin) all the painting has to be done by hand or transfer decal. You can do LIMITED screen printing, but very limited. So these 'patches' and numbers and areas that you now see raised are guidelines essentially for the production crews to work with and get everything tip top.

The sculpt is still undergoing some tweaking, and when I get some newer shots in I'll post 'em up. Just remember to check out MVP Collection.com for official news and pics (the site is a Work in Progress, bear with us...) and I'll toss out some updates here every once in a while until we get our own production blog up and running.