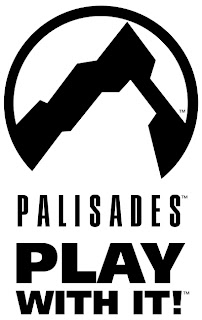 I've spent a lot of time both here at at my old Creatus Maximus blog sharing the past experiences I had and talking about the old toys and collectibles I had a hand in making while working for ReSaurus and Palisades Toys. That's how I am...sentimental. But also, I have a sincere appreciation for those days because as of yet nothing has come close to matching those two experiences in my career.

Got close last year while working with Mike Horn, former Prez of Palisades Toys, but we weren't able to get back to where we once belonged with it before some problems with the company that funded MVP forced Mike to fly solo on it for a while and for me to go back into looking for work.

Today's Blogzilly was supposed to be all about Bennett. It was supposed to be about some startling discoveries I made and suspicions I confirmed over the weekend while cataloging and labeling some Home Digital Video Discs. It's some very fascinating and heartbreaking stuff.

But hey...something came up that allows me to dodge that particular subject at least for another day. A friend on the dying message board I still keep active pointed me in the direction of a 'retrospective' of a line of toys that I sank my teeth into during my time working for Palisades Toys. This line of action figures, based on the characters from The Muppet Show and the Muppet films, still resonates with a lot of people apparently. 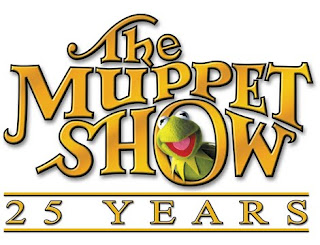 Some of those people, who are part of the website Pop Culture Network, host a web show called 'That New Toy Smell' and decided to dedicate one of their episodes to a little retro-reviewing. Recently they put together a retrospective look at the figures and playsets from the Palisades Muppets line, and I thought I would link you to it.

The episode is in four parts. However...we don't get to the actual introduction to Palisades until the VERY end of Part 1. Part 2 is the main 'feature' so to speak, and Part 3 is sort of a wrap-up discussion. Part 4 is essentially dealing with other elements of their show.

*EDIT: I tried to embed the videos, but they won't fit no matter which configuration I tried. So I'm just gonna have links.

While not entirely accurate in some of the information, for the most part it is a good overview. For example, Palisades did not start in 2002. It started many years prior than that. Also, the Muppet Labs came out first and then the Electric Mayhem second. Shit like that. And the line was, in fact, not carried by very many stores...it just seemed that way to these guys probably because they were at the stores THEY went to, but not enough other stores took it to sustain the numbers. The line was struggling to be a break-even proposition all the time, and by the end it was, for those last few series and figures.

And ToysRUS only carried the first and second waves, poorly placed the figures and didn't take anything else. Target only took Series 4 and 5, but LONG after they actually debuted at specialty shops. People almost didn't care by then. I also believe they went against Palisades suggestions and over-ordered on the playsets and MEGA figures, thus prompting them to have poorer sell-through, resulting in them ceasing to carry the line.

But if there is one thing you can take away from this retrospective it is this...they talk about the details, the little things, the love they have for those aspects of the line. It was like that for us, we loved to cover all the details, and what you see is just a result of people working on something they really loved and wanted to do.

And you can't forget Palisades 13th Man. The fans, who volunteered their time and their knowledge and their criticism, for no compensation other than some free figs, was an IMMEASURABLE resource. On ALL the lines. And it still shocks me to this day that more companies do not get more fans involved in their lines. It is such a staggering resource of knowledge that is largely un-tapped.

Anyway, thought you might get a kick out of the retrospective, especially those of you who have never seen any of those figures. In fact, on their table there where they have all the stuff laid out? That is about 30% of the entire line of figures. You should see pics of the entire collection in one location.