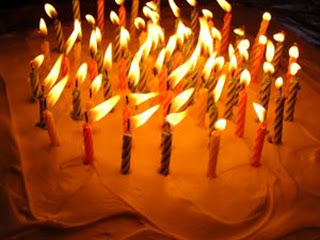 An ordinary number, when you get right down to it, but I turned that (43, not ordinary) yesterday. To those of you who read this blog and who also do the Facebook thing and sent Birthday well-wishes, thank you. To the Baltimore Ravens, thanks for nothing. No scratch that. Thanks for pissing all over what was, aside from watching you embarrass yourselves, a perfectly fine Sunday afternoon.

You know me, I am never one to just sit on my ass and let an opportunity pass me by to look for meaning in things, so I did a little thinking and digging to find out what, if any, significance the number 43 might ACTUALLY have to me.

Ironically it is the number of Pittsburgh Steelers Strong Safety Troy Polamalu, who happened to be the one and only player that the company I worked for in 2009 was able to release a resin mini-bust of. I was laid off before any of the others were released. Not sure if any more came out this year or not, but I don't think they did. 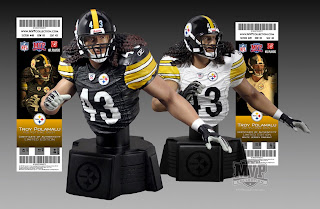 You know Polamalu is the ONE Steeler I actually root for to do well? Not AGAINST the Ravens mind you, but when I see the Steelers play another team, I always like seeing Polamalu play well on the field. And I am a Steeler hater. And I mean HATER.

But I love that guy. He is one of the nicest, most genuine people you'd ever imagine. I mean, I don't know him personally, I'm talking about what I read about him and what I have heard about him and seen him say in interviews and stuff. Devoted family man, deeply spiritual, intelligent, and he happens to hit like a freight train.

On one website some Numerologist or self-proclaimed 'Sage' or something attributes the number 43 to mean DESIRE. Now, I'm pretty gelatinous in the middle, and I have no hair anymore, but nice to know I might still appeal to the ladies. But then...would you trust any information from a website written by a guy that looked like this? 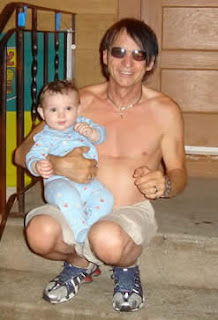 And then there's the religous angle...from one website which was super fascinating to read. Here's a part of it.

I KNEW something good was headed my way. So 43 is to be my year of Trial and Testing. So...whaddya call the LAST forty-two fuckin' years? Summer vacation?

Is it me, or was the way that paragraph was written sound a little Holy Hand Grenadish? 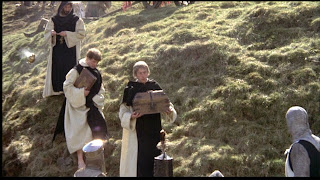 My point is, 43 is just a number, it means nothing. I don't feel any differently today than I did yesterday or the day before that. It's just another day on the overall journey of this crazy ride, and it's a hell of an excuse to eat lots of DEE-licious cake and other naughty treats.

So all in all, not a bad day really, except for that FREAKIN' football game.

The real bummer of the late-last-week/weekend was Bennett getting sick. The kind of sick where ya got it comin' out both ends sick. Yuck. Not that I care about the clean-up part. I mean I care, but I care more about how bad he feels but I cared even more because he missed out on something cool we had planned for him for Saturday.

So you know Bennett has this Autism thing, yeah? He gets a little freaky sometimes in crowds, sometimes he loses it a bit, and taking him out into groups of what I am now calling the Norms is tough. I hate that about myself too. I should be better than that. But that's a topic for another blog. 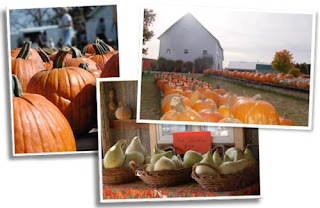 Anyway, this pumpkin farm near here had a special time set aside on Saturday morning for kids with Special Needs, and we couldn't take Bennett because he was sick. MAJOR bummer. They let the kids in for free, let them ride stuff for free (cause lots of times they have to stop hay rides and stuff half way to let kids off who get scared and stuff) and they cater the morning especially for these kids who often get held back by their parents who haven't yet figured out how to hang out yet with the Norms.

That was the big bummer of the weekend, not turning 43. I would have loved to have shot some pics of Bennett and Carter at the pumpkin farm, that would have been great. Maybe some other time.