Get Yer Haz-Mats and Say Hello to Ralph! 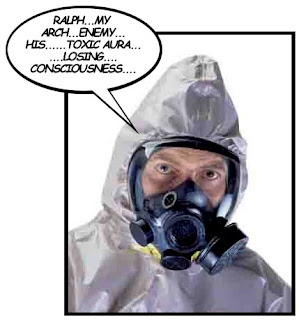 How do you know, from your perspective as a parent, that Fall has officially arrived?

You listen to the urgent pleas of your wonderful children at EVERY commercial break as they carefully explain to you why this item is what they want the most for Christmas and if they don't get it there is going to be a lot of trouble. 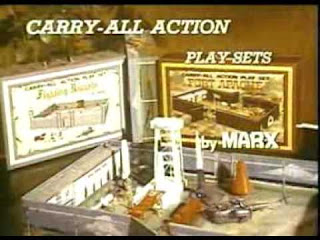 Yes, the marketing starts THIS early.

You see the fruit of your loins frolic in the leaves as they begin to turn shades of yellow and red and orange (the leaves, not the kids) and you manage somehow to deal with all the extra dirt and crap that they bring into the house with them that isn't as easily sucked up with the vacuum cleaner.

You especially enjoy the sticks shoved into the A/C vents.

You listen to the sweet, almost musical symphony of complaints as summer clothes are switched out for those more suitable for a cooler climate, and you laugh and smile as you feel the reverberations of the stomping of meaningless defiance that cause the walls to shake and the lights to shudder as refusals and protestations regarding what they will and will not wear are hurled at you from every conceivable direction.

And then, in due time, you are vomited upon. 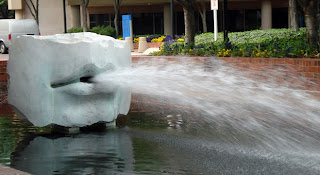 And you thought having a family was gonna be like they showed on TV didn't you?

You never DREAMED your 'typical' kid would be asking you to move out of the house when he was only 6 years old because you wouldn't give him an extra cookie, did you? And don't misunderstand...he's not asking if HE can move out...he's ASKING ME TO MOVE OUT.

And c'mon, be honest...when you are holding your 'special needs' son and trying to make a connection, you knew the thing that would make you feel the most special AND needed would be to actually BECOME the bullseye of a steady stream of red and yellow toxic hurl?

So yeah...Bennett got sick this morning. No idea why. Just blew his chunks all over the front foyer. Then all over Jen, then me. Then a little later in the living room. Seems OK now. Seems right as rain now. But this morning? YUCKY-POO!!!!! 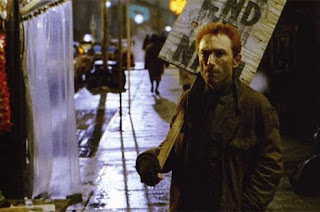 But that is usually THE Sign of Things to Come.

He'll be bringing all kinds of wonderful icky SHIT home from his school, as will Carter. And we'll be wiping up this and cleaning up that and sniffling and aching and dodging bullets, and between Jen and I being so exhausted over the somewhat lack of attention we have given ourselves of late I'm pretty sure it will be a more difficult than average winter in Casa De Lilly.

I don't care. Not really. And I'm frankly as surprised as you are. I guess this Topamax shit really is starting to stabilize my mood, or maybe I am just starting to grow up a bit. Experience does give one an edge, doesn't it?

We'll get through it just fine. There will be bumps and scrapes, some stumbling, some rumbling and some fumbling, and yeah God forbid I'm pretty sure one of these times I am going to NOT have the reflexes of a mongoose (like I usually do...bitches!) and something is going to wind up in my mouth and you are gonna hear me write about a scene not unlike something out of Stand By Me, but the truth is, we'll manage.

We somehow always seem to find a way. 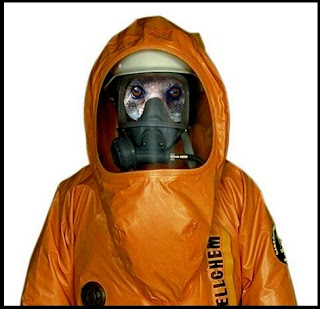 Though I am really considering a Haz-Mat suit. I'm not kidding.