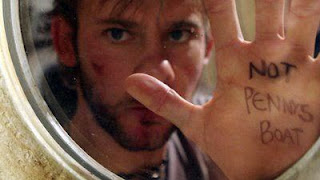 Spoken with a crisp, Dominic Monaghan accent, at least in my head. For those of you who don't live in Geektown, Dominic Monaghan played Charlie Pace on LOST, and also Meriadoc Brandybuck, or Merry as you would probably know him, in the Peter Jackson film adaptation of J.R.R. Tolkien's The Lord of the Rings.

I always wondered where the word 'bloody', as an expletive, came from, as used by the Brits. I looked it up. God bless Wikipedia and Google. I could not find any definitive single answer. Just a lot of different theories. I particularly liked 'The suggestion that it originated as a reference to Jesus 'bleeding' on the cross is compelling for its shock value, callousness and sacrilegious intent, just as the Irish, and those of the diaspora, will exclaim 'suffering Jesus' in response to something shocking.'

I could hear the words in a heavy Irish brogue as 'Sooofurdeeng JAAAHHYzooz!' All due respect to Sinead and all her ancestors, or course. And probably a few of mine as well. I'm sure Aylesworth, my original last name, has some Irish in it somewhere.

I was suffering...quite a bit, this weekend. Remember on Friday, I mentioned I had a doctor's appointment for a hacking, nagging cough? Well I went as scheduled. I did NOT, as it turned out, see my regular doc. I saw the other doc in the practice. He checked me out and deduced I had a mild upper respiratory infection, and prescribed one of those 5-day antibiotic packs...Z-Pack or Z-Pap or something of the sort? I can't remember the exact name. (Looked it up. It's Azithromycin. Z-Pak.) 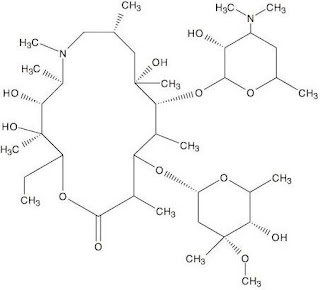 You take two doses the first day. I took that dose at around 8:00PM Friday night. At around 12:30-1:00AM Saturday Morning the problems started. I awoke feeling cramps and pain in my stomach. I felt the need to duece, the...how do I say it, the soft-serve style, so I ran to the bathroom. Nothing was happening, but the pain was pretty severe.

I had been constipated for about 2 days. So there were some Keepers of the Gates of Hell blocking the way for this rush of, let's just call it the Demon Horde that was trying to burst through. So, a fight broke out, with much sweating, much light-headedness, and some near passing-outedness. 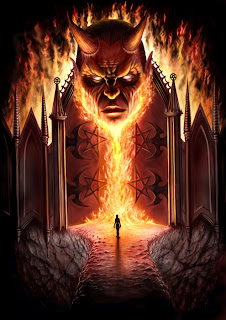 Finally, the damn broke and the gates opened. The cramps and pain finally diminished. In delirium, I went back to bed. But about every hour, I would cramp back up, as more Demons wanted out of Hell. By 5:00AM, the Demons wanted out of both ends, so I grabbed a bucket, and alerted the wife of the issue, just so she was aware of what was going on.

I spent the entire day in bed, and that is extremely unusual for me, cause even at my sickest I want to get up. I just had no strength. I only got up when the cramps forced me to. And by noonish, I realized I was only expelling a few tablespoons of blood. Nothing else but that. I let Jen know that too, but I think she thought I meant that it was blood mixed in with, you know, other stuff. It wasn't until later in the early evening when I called her into the bathroom and showed her that she realized that I meant actual blood. 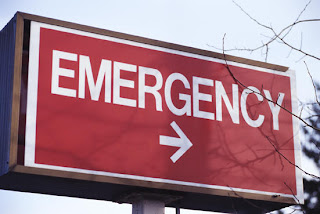 She arranged to have the kids watched and we went to the Emergency Room. Once there, they basically determined I had not lost much blood and they poked around back there (JOY!) and could feel not rectal tears or anything so they basically said that since it had diminished that they could admit me or I could go home and see if it started to improve and then follow-up with a GI guy and if symptoms took a turn for the worse come back. They also gave me some stuff to take for the cramping and stuff.

We decided to come home...it was a weekend. Nothing would happen with me staying there. So why stay? Better to be home, I was in no real danger. Hospitals are NO place you wanna be. So we booked. Sunday it did lessen in intensity, but still happened about once every 2 hours in a smaller amount. I slept through the entire night. Today only one time a small amount, but I am also afraid to eat, and my stomach is very very sore today.

I called the GI dude's number they gave me for the follow-up, presumably so that he could do some testing and such to determine the source of the bleeding or do further testing. The receptionist there scheduled me an appointment...for NOVEMBER FUCKING 30TH.

Yes, that is correct. I have blood coming out of my butt and I have to wait two weeks to see someone about it. 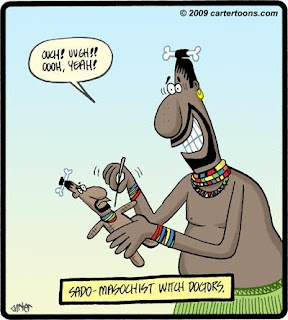 In fact, I had to ask her to repeat herself because I wasn't sure I heard her correctly. I explained to her that although the symptoms had diminished I was still having the problem. She said if the symptoms got any worse that I should call my regular doctor or go back to the Emergency Room.

Oh...OK. Thanks! First of all...what the FUCK is my regular doctor going to do? I didn't say this to her, I mean, I can't rip in to this woman, what fault is it of hers? But seriously, what can my regular doctor do? Tell me a joke? Take my mind off of it? He is not a GI specialist. What a stupid thing to suggest.

I was just pissed...I mean, what was the point of calling the specialist? In two weeks, I will either:

A) Be dead.
B) My body will have healed whatever the problem is on its own.
C) I will have had a reversal of fortune and had to go back to the ER.
D) I will have one hell of an uncomfortable two weeks waiting for an appointment for a minor issue that could turn into a major one while I wait for said appointment.

Oh yeah...and by the way. That cough?

Yeah, I still have that.