This Month is Just Getting Weirder 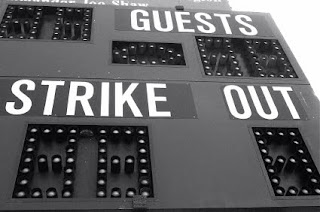 For those of you keeping score.

Some of you are, I know because you contact me privately.

With messages that are sometimes regarding other matters that end with a casual 'You OK?' tossed in at the end, to the occasional 'WTF?!?' Subject Line e-mail wondering when I will be updating the blog, particularly when I leave cliffhangers.

In fact, truth be told, that weekend HAD no actual cling-ons, if you want to get totally technical, since there was really nothing that could have grabbed hold. But it was worth a shot. At least I didn't try to work in the joke about what do James Kirk and Klingons have in common. Or by referencing did I just sort of work it in? 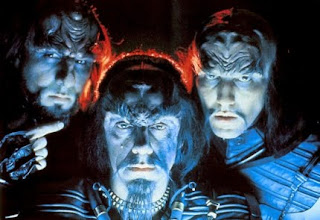 The truth is, since Sunday's minor leakages, nothing has left the back entrance of the parking lot of Casa de Kenneth, at all. And of course, this is frightening in and of itself. Wonderful. Sorry, but if I am to update you on the current state of things, this is the current state of things. That now puts me, on this Wednesday early evening, at over 4 full days since any exports left the United States of Lilly.

That's bad for the bio-economy, let's put it that way. See? I'm trying really hard to be good. (This is not my personal best record, I can hear one of my good friends thinking even as I write this...yes, I have hit the six day mark in the past. Another story. Another blog.)

But oh the sounds...the strange and terrible sounds that are going in inside my belly. It sounds like whales humping, I shit you not. And it is fairly constant. What in the name of Hell is going on in there? No pain. No real cramps, no intense or unusual discomfort...but an AWFUL lot of activity for something I gotta wait two weeks to get seen for.

Been drinking lots, eating little. Losing weight though, I can feel it all over. Maybe I have one of those exotic parasites living in me, eating up anything I have going in, and that's why nothing is coming out? Nifty, huh? Or maybe it's just Quato. 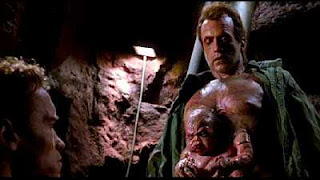 We have another medical mystery in the house too. Carter, who had strep a couple of weeks back, has another swollen lymph node. Took him to the doctor today, they swabbed his tonsils (again) and ran the quick strep test. Negatory. They'll send it overnight for a more intensive scan. But he wasn't even complaining of pain. We just noticed his neck looked a little puffy and asked him about it. 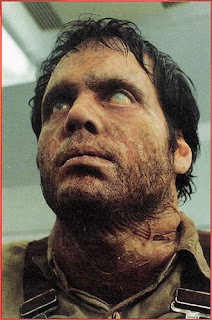 OK, maybe not THAT bad.

He said he bumped it when we asked him about it. But it didn't look like an impact injury.

But when we probed a bit further, we got to looking inside and his tonsils were as big as Albert Haynesworth's thighs, and both Jen and I were completely blown away. But no pustules, no nothing, and the boy said he was in no pain. Totally inexplicable. Even the doctor today was mystified.

Got me thinking about the whole mono thing, too. The doctor mentioned it even. Oy vay...I hope it isn't that, but we have to play the wait and see game. No fever, just some tenderness and a very swollen gland. Carter seems fine. (WAIT: SCRATCH THAT. AS OF 6:04 PM, JEN TELLS ME CARTER JUST FELL ASLEEP, AND FEELS WARM. HMMM...HE NEVER DOES THAT. INTENSE FATIGUE AND A POSSIBLE FEVER COMING ON. HOLY CRAP.) 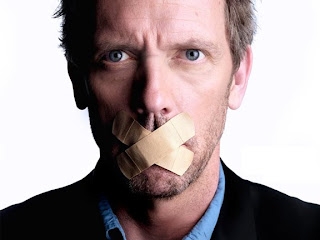 Bennett, as per usual...is a mystery all by himself. I'd be remiss if I did not tell you all the results of his latest MRI was positive. Totally clear of any indication that the brain tumor has returned in any way. That's fantastic. And since last I mentioned anything regarding the little man, he has picked up a word or two, which is great.

Behaviorally? Still a major struggle going on. We just can't figure him out SO much of the time. I really need to have someone come in and maybe do an evaluation on him here at the house. Observe him in his natural habitat. See what we do that maybe could be improved. Because it can't be his problem...it has to be ours. He isn't in control of this environment. We are. And only we have the power to fix it.

But OMG can it weigh down your soul after a while. You feel like your clothes are wet so much of the time. But then other times? It's like living with Jackie Martling. A laugh a minute. I swear its the most bipolar existence I've ever lived, day to day.

And certainly the worst of the worst, something that I have not spoken much about, and still won't, seems to be coming to a head day by day. The kind of illness that there is no turning back from, happening to a close family member. It's not good.

This is looking like it is going to be a holiday season that will be very hard on us...all the more reason to try to look for as much of the good as we are able, as often as we can find the strength to do it.

Apologies to all my SN Brethren and Sistren whose blogs I have not been stopping by with as much frequency of late. Just been a weird week or so. And dammit...my goal of 20+ for November...DANGEROUSLY close to slipping from my grasp and the thought of it does not sit well with me. I wanted that. For some stupid, moronic reason I know not what I just wanted it.