Welcome to Holland...Would You Like One Enema or Two?

In the American West, there is the sometimes larger than life 'myth' of the classic Gunfight.

Two men, standing in front of one another, sweat glistening on their faces, the sun's heat screaming from the sky. A crow screams. A tumbleweed...um, tumbles by.

If you are Sergio Leone, you try to extend this moment to last four hours, showing every single pimple on the face of some of the fugliest people you can find on planet Earth, but I digress.

My point is, that at the end of this contest, the one who skins their smokewagon first and shoots a hole in the other guy wins. 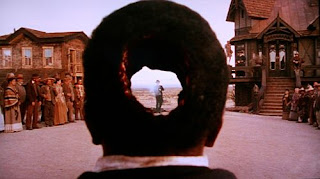 There is no trickery. No cheat. No way around it.

The fastest draw is the winner.

I present to you, my friends, SingleDad, who has bested me in the draw. 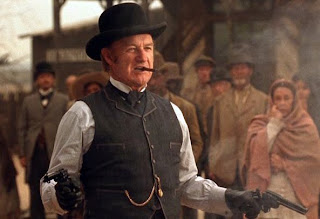 (ASIDE: The best recent film about western gunfighting, that you probably have never seen, is Sam Raimi's The Quick and the Dead, which has no relation whatsoever to the Louis L'Amour novel. YOU MUST SEE THIS FILM however, if you love the modern western.

It is surprisingly good, superbly paced, with excellent performances by an amazing cast like Russell Crowe, Gene Hackman and a VERY Young Leonardo DiCaprio. You get used to Sharon Stone, who isn't bad in it, really. And some nice bit performances from Lance Henrickson (before the plastic surgery [have you SEEN Appaloosa?] when his face was still chiseled and cool) and Keith David. See it. I then want a report.) 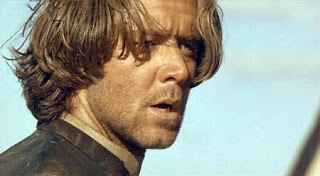 Now, back to SingleDad and how he pumped me...full of lead.

I had been sitting, like a lummox, on a blog about the essay Welcome to Holland, called Crashing in the Mountains Somewhere Outside of Holland and Figuring Out Who Gets Eaten First for a while. That blog actually got dusted off recently and I was working on completing it because someone in his blog Comments section commented directly to me that I should consider reading the essay.

The suggestion did not make me angry. It never does. Nor was I even angry at the suggestion, I was just reminded of the essay.

And besides, I'm ALREADY angry.

I don't need someone to suggest something to me in order to get me there. And that is not THEIR problem, my friends, it is mine, and I recognize it as MY problem, so let me say going in that I do not in any way have any lack of respect for ANYONE who extends a hand and offers hope, friendship, suggestions of Faith or anything else.

In my opinion, anything offered with good intent is GOOD. Note the word INTENT there. And I do recognize that intent is the key there. My anger, and it runneth deep, was deep long before Bennett was even born, Bennett's condition just sank the well a lot deeper.

And I also recognize that it is something that holds me back from some things, and am working on it, and I want to change the fact that I have a lot of anger. So fuck off.

And in fact I even write all of that with my tongue firmly implanted in my cheek, and I mean the one in my mouth, and I am smiling. Maybe I am not THAT angry after all. 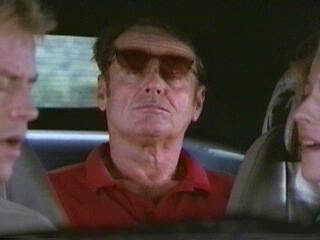 Anyway, I encourage you, I beg you, I implore you to read SingleDad's blog about Welcome to Holland. I do love the fact that he quotes Jack Nicholson as Melvin Udall as the title, one of Nicholson's all time greatest performances. By the way, people that refer to Jack Nicholson as just 'Jack' are assholes.

If you love the poem and see it as a 'beacon of hope', you still can, but you can also see it from the point of view of someone who is in a very different situation, and perhaps it might give you a different perspective.

He hit on a lot of points I was going to in my own post about the piece, so I am holstering my Schofield and going back to the Saloon, bested. 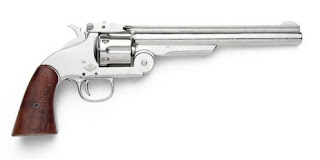 Though I will say this for the record.

Mine is bigger than his.