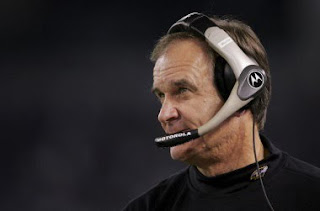 Back when the Baltimore Ravens were on their run to win the Super Bowl in 2000, the head coach of the team, Brian Billick, had placed a ban on the players being allowed to speak what he called the 'P-word'.

Since the Ravens still had not locked up a playoff spot, he didn't want anybody talking about the playoffs just yet. Any player heard speaking the 'P-Word' would be fined.

In his mind, they had not EARNED the right to say the word.

Some people think Billick is an arrogant a-hole. I know Trent Dilfer does. Well, he did. Can't say I know enough about how he feels about Billick these days, but certainly his feelings about Billick then were well known, especially when Billick made Dilfer a part of NFL history by cutting Dilfer after the 2000 season.

Trent Dilfer remains the only NFL quarterback released by his team after winning a Super Bowl. 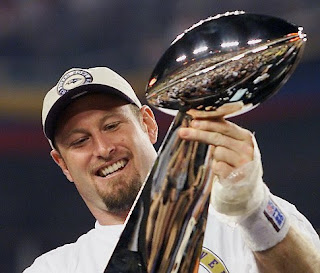 But Billick came from that famous Minnesota Vikings team of the Nineties, most notably the then-record setting team in 1998 (when he was Offensive Coordinator) that scored 556 points in a single season (since broken by the 2007 New England Patriots).

Billick hungered for that type of play. He HATED the defensive style of winning that the Ravens crushed their competition with in the 1999-2000 season. Dilfer was not going to give him that, but he was a team leader and he was competent enough.

Besides? Why fix it if it ISN'T BROKEN?

Ozzie Newsome, the Ravens GM, rarely makes mistakes. He made one when he allowed Billick to make the call on Dilfer and get involved in seeking out the star Quarterback that Billick so desperately wanted. It plagued the Ravens for YEARS. It led to a revolving door at QB, a horrifying one and done defeat in the playoffs in a glorious 13-3 season with the veteran, and visibly old and tired, free agent (and former Tennessee Titan) Steve McNair (may he rest in peace) and ultimately the end of Brian Billick's tenure as head coach. 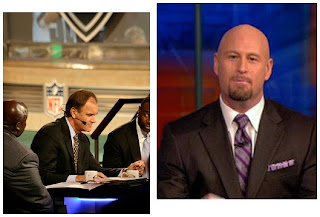 I like Billick. I like Dilfer too. They are both analysts now, and they are both pretty good at it.

Dilfer does duty for ESPN's Sportscenter and Billick works for the NFL Network on a number of shows, like The Coaches Show, Playbook and there is some new show tonight called No Huddle: Road to Dallas. Not sure if they will do this every Thursday up through the Super Bowl or not.

The show is described as 'NFL Network personalities sit down to discuss the biggest and most intriguing story-lines leading up to Wild Card Weekend.' I'm watchin'. You had me at 'NFL Network...' 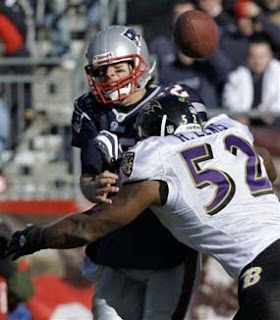 Lilly, you go from an out-of nowhere rant on the evils of how people 'in the know inside the medical community' feel about the percentage of kids who will be affected negatively by vaccinations, admittedly missing the target a little with your focus when it should have been edited a little (one of the pitfalls of blogging...not as much time for 're-writes'), to an essay on Baltimore Ravens history?

Are you out of your fuggin' MIND?

Well, yes I am, now that you mention it. But that's beside the point.

Fact is, I have been busy as shit all week. See, Bennett finally went back to school as of Tuesday morning. So all the stuff that I could NOT do because he was home for 2.5 weeks I had to get done. So I have been too busy to write. And since today was the first day I have had a chance to sit down and write, and I didn't want to get into anything really HEAVY, I wanted to pick something a bit more palatable.

And with Wild Card Weekend approaching, how could I resist NOT talking about the Ravens, who are entering the playoffs for the THIRD YEAR IN A ROW under the new head coach John Harbaugh and third-year Quarterback Joe Flacco? 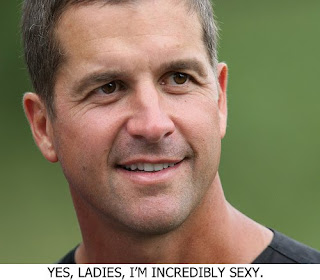 The Ravens have scared me this year. Their defensive dominance of the past? It's just that...in the past. They have not slammed the door shut on teams the way they used to. They have a 12-4 record, which is great...but holy shit in the 4th quarter they have nearly given me a heart attack on many an occasion.

How far can they go in he playoffs this year?

Well, thankfully, Kansas City (one of my former home towns...lived there for about four years or so) lost to the RAIDAHS in the last week of the season so we get to play them instead of the Colts in the first week. Whew. Colts have beaten us the last 8 times we've played them. Maybe we are due? But then again...I didn't want to find out in the first round. 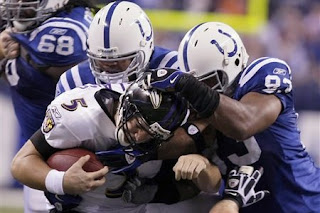 I think the Ravens have the on-field talent to go the Super Bowl.

I do not think they will. I think that they do not have the play-calling they need. Offensively and defensively. Now...that can change. I hope it does. If the coordinators pull some stuff out of their asses in the playoffs, then expect them to go very far.

I for one would LOVE to see a Steelers/Ravens AFC Championship game with a Ravens victory.

Let's say a final score of 21-17, with the Steelers driving in the last minute down the field, using all their time outs, getting close to the end zone to nearly take the lead and then Ed Reed intercepts a pass to Hines Ward at the 4-yard line then gets tackled at the Steelers 48 with 19 seconds left. Game over. Ravens go on to play the NFC Champion in the Super Bowl, win or lose I do NOT care...this game would be the one that mattered. 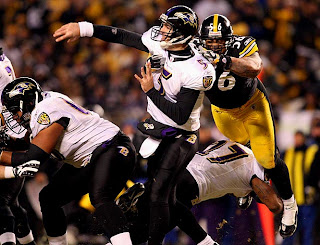 This would be a great gift to me, personally. So God...if you are indeed out there, and you like the NFL...how about throwing me a bone? I'll be yer best friend!

But like I've said before...I do not believe in miracles.

So, in celebration of the upcoming weekends festivities, let's channel some Jim Mora, shall we?