Is It Really Graduation? 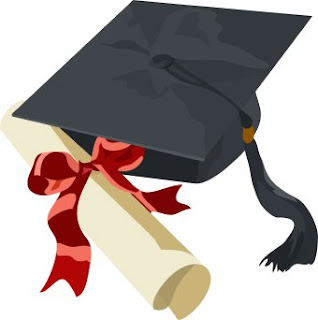 If we're just talking about Kindergarten?

Ah Hell, why not? It's a freakin' accomplishment, as far as I am concerned, particularly for a boy like Carter, who has had to deal with more than his fair share of shrapnel from the Disability Grenades that go off in Casa de Lilly every few days.

Considering all of that? The boy has done very well, if you ask this very proud Father, very well indeed. He's had a lot of help along the way of course...and most of it from people OTHER than me. I throw that out there to make sure I nip that 'Hey what a great Dad you are!' shit in the bud right now.

Not what I'm looking for here.

Mostly it was his Mom, his incredibly patient and under-paid teacher (who I finally met for the first time ONLY a day ago, just kept missing all the previous opportunities), his grandparents and the people at Noah's Ark, the day-care facility where he attended before and after the Kindergarten session. 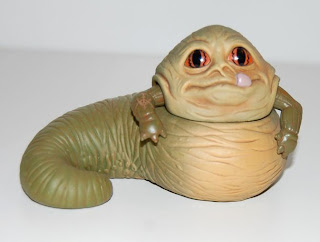 My contribution to his education? I give him stuff. Toys, and lots of them, to keep him motivated to try to behave in school, though MANOMAN he had a hard time in this very last quarter. Spring fever? The whole Bennett Behavioral Roller Coaster getting to him? Worry over who will be the next American Idol?

I have no idea. But he accomplished a lot, and he had lots of hurdles, and he watched a LOT of struggling taking place between his Mom and his Dad and he got the shit kicked out of him by Bennett too, you gotta remember that. We ALL have felt the wrath of Mirror Universe Bennett when he Hulks Out. 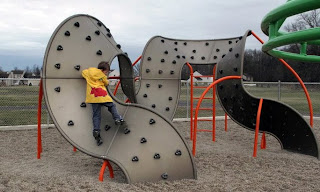 But Carter made it through, he's not doing badly at all, and he's going to spending the summer with me, at home. I'll still have to work, but I'll structure in some stuff for him to learn a little about what I do, some fun time, some play time, and the like. One goal? Get him to learn how to ride his bike. It's time.

We'll find cool stuff to do, cause I know a LOT of his WOW buttons...see, when I go up with a book, on the rare occasion that I do, I don't actually read to him. Jen takes care of that duty. I take in something like The Art of Star Wars and show him how they came up with a concept for Darth Vader, how someone had to draw him out first and all the different ways he MIGHT have looked before he actually looked the way he did.

He LOVES that shit. So do I. 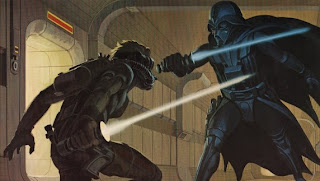 That, and I promised we'd both be Pirates together this Halloween. I am not showing him my costume until the actual Halloween time comes, but I will help him with his. I was going to actually come out and be a Pittsburgh Pirate. Now I thought that would be hysterical, but then I realized that I could maybe get the Asshole of the Year Award, and concluded that wasn't actually the POINT of the whole thing.

Today we had a little family picnic at his school, where the parents go in and eat outside with their kid and chit-chat and stuff. That was cool. It was only when I got home that I realized there was a MONSTROUS zit on the back of my neck from shaving my head the day before, must have been the start of an ingrown hair or something.

I hate that. It's bad enough I have to be fugly and bald...but do I have to get these things on the BACK of my head, where I can't even see 'em, before I go to some public event? I mean, HOLY CRAP this thing was a monster. It may have even had it's own separate consciousness. In some other circumstance, it might have started to speak.

I kept wondering how many people stared at that parasitic-looking thing in awe and revulsion, like a traffic accident, as I was blissfully unaware of its existence during the event.

I tried to kill it when I got home, but it's in there pretty deep. So I just made it worse, there's still something left to be purged, and it looks worse than ever. Next time I leave the house, I'll be looking like Marsellus Wallace.

Anyway, that's about it. Carter's last day of Kindergarten was today, now it's a little fun in the sun at the beach with his Mom and his cousins and then he kicks back for a while.