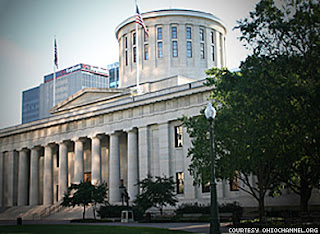 As of now, both the Ohio House of Representatives and the Ohio Senate have passed legislation, in the form of HB 153, that will have some significant effects not only on my son's future, but of thousands of disabled individuals in my state.

As of last Wednesday, it had not fully been signed into law, and in a last ditch effort, many of the people who had been trying to advocate on behalf of the individuals who would be most affected by this legislation were making last-minute phone calls, sending letters and doing whatever else they could to try and influence some changes to the bill before it becomes etched in stone.

I wanted to share the letter I sent to my Representative and my Senator, as well as those specifically on this bill's committee. I did not write all of this letter by myself, I should point out, I had some MAJOR help in the form of a basic template to work from that was given to me by one of the main people leading this advocacy campaign.

I...personalized it a little. Even added a visual, which is just below above the greeting in the letter. This is the version of the letter as I sent it to Senator Jordan (R).

Kenneth and Jennifer Lilly advocating on behalf of Bennett Lilly, a Medicaid-eligible minor.
Concern: Because of HB 153, will our child have access to the same Behavioral Health services he receives today?
June 15, 2011

My son, Bennett, has an Autism Spectrum Disorder, Epilepsy and at age 19 months had a brain tumor removed from his left temporal lobe. Quite a lot for a boy who is only now 3 1/2 years old, wouldn’t you agree? Currently, he receives CPST that provide treatment for his intensive behavioral needs. Community Psychiatric Services and Treatment (CPST) is offered by the Ohio Department of Mental Health (ODMH).

I have been informed by Bennett’s CPST provider that they do not know if he will have access to CPST services after July 1st. Bennett’s CPST service was prescribed by his state licensed psychologist who diagnosed him for treatment. My family is very frustrated that at this point we do not know if Bennett’s treatment will continue after July 1st. We have not been informed by the Ohio Department of Job and Family Services that Bennett’s Level One Medicaid Waiver benefits for mental health services will change in the new fiscal year.

We are turning to you for answers.

ODMH has been very clear that the proposed caps to CPST services are due to utilization and cost containment of Medicaid expenditures due to the state budget woes. We are very thankful for the help from the Senate Finance Committee but still have two major concerns that have been, as yet, unanswered. Bennett is diagnosed with an Autism Spectrum Disorder (ASD) and today meets medical necessity for CPST by having a mental health assessment that includes treatment recommendations by a state licensed professional recommending intensive behavioral intervention services.

Our two major concerns are:

I only have about 10 working days to determine if Bennett will continue to receive the same treatment he has been receiving for his behavioral needs.

Can you please ask questions and help us learn the answers?

Bennett’s treatment is critical for his long-term development and for keeping our family intact. Please understand, he is at a critical point in his young life and his developmental progress is 100% linked to the intensive behavioral therapy hours he receives the younger his brain is when he receives it. Depriving him of the intensity of his behavioral health treatment now, research suggests, could cost Ohioans more in the long term than it saves in the short term by inevitably shifting costs down the road to more expensive state services like residential facilities or, God forbid, the juvenile justice system. Not just for my son, but for many children like him with severe disabilities.

If you lift the proposed caps on CPST services it would mean that the 4% of individuals right now, in this proposed budget, which will not have access to treatment, WILL have access to the treatment that their licensed professional indicates they need to thrive and have a chance to become a productive Ohioan. By doing this, you can offer these children something no one else can. Hope for a better, brighter future. And having lived in the world of ‘Disability’ for almost two and a half years now, it is not an understatement to say that these services, at the very least, give these kids a CHANCE at something closer to a ‘typical’ life. I’ve witnessed firsthand the incredible progress these therapies have helped achieve in my own son.

The power is in YOUR hands to radically alter the course so MANY children’s lives. Forever. Please make a difference.

You are more than welcome to come and meet Bennett at his treatment center or at my home at any time. He is a wonderful, bright, energetic boy with a lot of enthusiasm, but he needs your help, and the help of all Ohioans, to overcome the enormous obstacles that stand in his way.

I look forward to hearing from you. Thank you for much for help in this matter.

No return e-mail, no phone call. An certainly no one taking me up on the invitation to meet with me face to face.

Not that I EXPECTED it, mind you, because I don't. That wasn't really what this was about. I was not expecting to suddenly hear my phone ring and pick it up and hear a Representative or a Senator on the phone wanting to talk to me about why they are or are not supporting this legislation. Besides, you know how I generally feel about how our representative government works, and if you aren't TOTALLY clear on how I feel, you will be in the coming days as I link you to an article that really blows my mind about how I feel about Corporate America and the ever-widening gap between the wealthy/those with political power/corporations and...well...all of us.

So why did I do it? Especially if I consider it, deep down inside, a possible waste of time? Because NOT doing it means I did nothing.

Does that make any sense at all? Probably not. 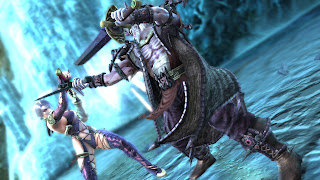 I guess the only way to try to explain it any better is to say that if someone is swinging a sword at me, even though I know I don't have the power to block the attack but I have a sword in my hand, then I have to, at the very least, TRY to bring my sword up to attempt to block that killing stroke, even if my chances of doing so are infinitesimal at best.

Because my chances are ZERO if I do nothing at all.

Can't stand the way the giant corporations that really helped to build this country are in the process of tearing it to pieces, and I am not sure they are even aware of it. And the irony of how much this all bothers me, and how frightened I am for the future of our economy, the future of my two sons and the political power that corporations hold as I also happen to find myself a few short miles from the very birthplace of Wal-Mart while I visit my Mom is very, very weird indeed. 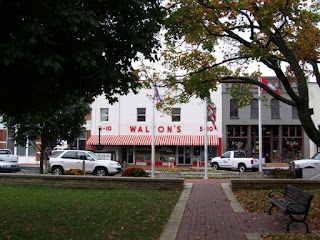 We swung by it today while running some errands because I wanted to see what Hell looks like up close. I wished I had my camera on me, I had to grab that shot above from the net.

Hide the kids. It's not a pretty sight.