Welcome to the Neighborhood 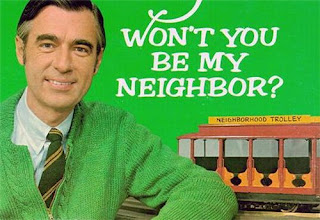 One thing we do is sign up for a notification system that lets us know when a registered sex offender moves within a certain distance to our home. This is a very controversial topic in some circles, and I am not saying it should or shouldn't be.

I'm not here to tell anybody what to think.

I am only here to tell you what I think. Or at least...to TRY to muddle through my murky head and try to make heads or tails of what is rattling around inside whatever you want to call my poor substitute for an actual working melon.

I can't even remember when we actually signed up for this service, to be honest, all I know is that we had never received any notifications at all.

Until a week ago. 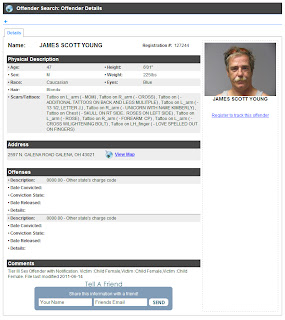 When this notification was received, I went through a very strange series of emotional responses. Since I had never experienced anything quite like it, I figured I might as well share it. Maybe some of you have gone through the experience before and can say 'Hey man...that's a fairly normal response.' or 'Dude, your cheese done slid off your cracker!'

First Reaction
I look at the guy's picture. I think to myself 'Yup, that guy looks like a child molester.' Now...what gives me the right to even THINK that? And DOES he? Or am I making a judgment based solely on association? Is that fair in the slightest bit whatsoever? Does 'fair' even factor in to an equation like this? Couldn't it also be argued he looks like the long lost cousin of the dude who does voice-work for the 'Beef: It's What's For Dinner?' commercials?

Second Reaction
I went right down and wanted to know what the crime was that he committed and THE SEX of the child he committed it against. When I found out it was a female, I FELT A SENSE OF RELIEF. I then, quite suddenly, was both ashamed of myself and felt very, VERY guilty that I felt that relief. I hoped that whoever that poor girl was, were to I ever encounter her in another world, would be able to forgive me.

I have two boys. And obviously I want to protect them. But should I not also want to protect any of the other children in the neighborhood with, if not equal voracity, at least enough to not feel RELIEF when the discovery is made of this maniac's sexual preference?

I have such a long, long way to go. 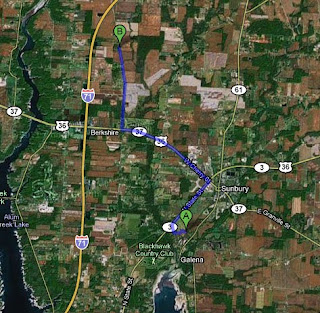 Third Reaction
Looked at his address, Googled it, and then looked closely on the map to see where in Galena, if anywhere, our lives might intersect. There is a park in Galena, I wanted to know how close he lived to it. The truth is, he is around 7 miles away, so it isn't THAT likely that I am gonna see him in that particular park. While I was doing that, I wondered if I should print this piece of paper out and put it in the mailboxes of the rest of the homes in our small isolated development for those people who might NOT be subscribed to this service? Which leads to... 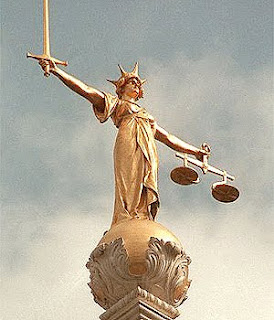 Fourth Reaction
Does this creature have any rights at all? Should he? He was convicted of a crime and punished for it, and it was a crime that, to me personally, is not punished harshly enough. Why is he out? But...he did serve his sentence, and if he is indeed now out...do we as a society by making him a pariah help to perpetuate any kind of psychological cycle? To this I have no answer, and it goes back to the entire debate mentioned above.

Certainly it is good to know about the existence of such a person, but how far do you take it? There are some people who think they should be branded, I'm not kidding. Some people think you should lock them away and they should never see the light of day again. Others think sexual predators can actually be rehabilitated.

I don't know what I believe. Frankly I have never had to give it a lot of thought. It has never really been a part of my world, while many other bad things have been.

But it is a part of my world now.

It is such a shame that this beautiful world has to be soiled by the deeds of men both dark and dull.