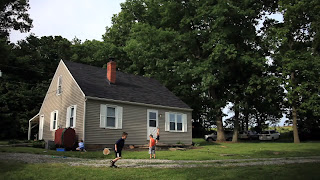 My wife Jennifer has an enormous...family.

Though I suppose anything would be considered large compared to mine. I spring forth to thee from a highly dysfunctional group, and we be scattered across these 'fitty' states, with very few of us remaining in touch with each other. Close friends know most of THAT tale, or at least enough.

Jen's family though? A very tight-knit group. They have family reunions.

These gatherings are so vast they must be held outside of homes, at parks or rented facilities. They also gather together for holidays, birthdays, even for NO REASON AT ALL. Can you believe that? 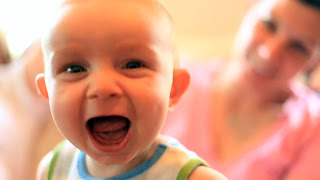 It was shocking to me when I first met my Bridezilly-to-be, and it is difficult for me to this day to acclimate myself into the flock. I do the best that I can, when I can, but there are a lot of functions that I skip, only because I know that I just can't handle them that well psychologically. Those are always the ones that involve me having no retreat space.

That may make zero sense to most people. But there may be a select few who understand what I mean by that. But in essence, it typically means that the farther the way it is from Casa de Lilly, the less likely it is that I am going to be able to wrap my brain around it. 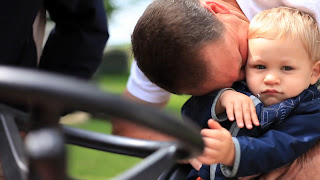 But I continue to try. All I can do. I am much better about the local stuff than I used to be. It takes work.

Let me revise that statement, your honor. I was getting a LOT better about it, but I stumbled a great deal after Bennett started with the tumor and the Infantile Spasms, and it is only recently that I have started to recover some of the ground that I lost two and a half years ago, that's how hard it is when you go from WHERE I WAS to WHERE I WENT in my head.

Luckily, when it comes to some of the events that take place 2 1/2 hours south of here that I don't go to, there is Grant Peelle.

I can't tell you exactly what Grant is to me, as far as how we are related. I don't remember all that stuff in my head. Again, Jen's family is HUGE. He's a cousin of some kind, I think, but I'm not sure, and it isn't that I don't care, it's just that no one has ever given me a chart. 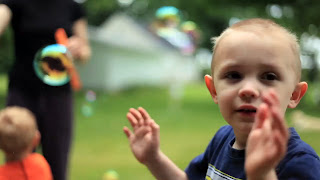 But what I do know is Grant is one talented guy. Pure and simple. He's done all KINDS of things too. One of the things I was most amazed hearing him talk about was when he was telling me of his experiences as an auctioneer. Grant has this house, called Peelle Cottage, and every year he hosts a weekend for the family, and one of the years I went down there for a day (not to spend the night, I can't seem to mentally pull the trigger on that...OCD much???) and that was when he was telling me about being an auctioneer. It was riveting.

This past summer, they had a weekend at Peelle Cottage. Again. And I skipped it. Again. Can't remember why. Jen came back early with Bennett because either she or Bennett was sick, so I never did scoot down there for a day.

But lucky for me, Grant is talented. He shot an awesome movie of the weekend. And this should give you an idea of how jammed up I have been of late. He posted this ONE MONTH AGO. I'm finally getting around to hitting this. Shameful. You can see Carter and Bennett in it throughout. I particularly love the little snippet of Carter 'Karate-Chopping' the hanging rope.

While I was visiting my Mom a few weeks back, I had taken some screen grabs, and meant to post them when I got home. But then all the STUFF went down and I never got around to it. Now that I am back to bidness on this space, I've peppered in a few of them throughout the post. The rest I'll pop into the Facebook page. 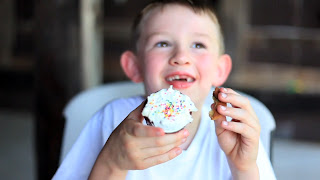 Pretty cool huh? I told you...he's GOOD, So many family members have been asking for a copy of it on DVD, I told him he should start a side gig and charge us all $5.00...with as many people that are in Jen's family, that's a legitimate side business!