I'm losing a little steam with this. Though I can't tell if it is because over the past few nights I've only managed 5-6 hours of sleep (long story), if it is because the Ravens are playing like ass in San Diego today, or because my back is KILLING me after spending most of the day stringing lights on our Christmas Tree. 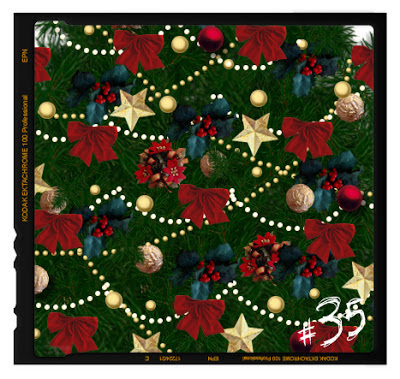 #35 - Christmas Trees With Lights Already Embedded In
Used to have that, and it was GLORIOUS. But alas, after a few years, one of the levels of lights went out, and we could not figure out how to get the lights working again. Since money was tight, we could not really afford to trash the tree and get a new one with embedded lights, so we de-boned the tree and stripped it naked of all the lights and decided we'd have to put our own on as long as the tree held up.

It's held up too FREAKIN' long.

My lower back, but most particular my SI joint, is on fire right now. Oy. But waddya gonna do? Shit has to be done. Of course, I have a sinking feeling that Bennett is going to trash the thing. While some of his behaviors have improved, some of his destructive ones, particularly of things he knows I have a direct hand in, are up a little.

Today in particular he was challenging me with the tree. Once the ornaments are on? Fuggedaboudit. I pre-warned Jen to put nothing on that is fragile.

I remember a great issue during the John Byrne (artist/writer) run of The Fantastic Four (that's a comic book, by the way). He had Reed Richards/Mister Fantastic invent a tree that had everything...lights, ornaments, and even tinsel...all on it. And it all just collapsed like an umbrella when you were done by the push o a done.

Of course his wife Sue/Invisible Woman hated it, thought it totally missed the whole idea behind Christmas and the spirit of it all. EFF THAT SHIT! IT WAS BRILLIANT! Reed Richards, you really ARE Fantastic!!! 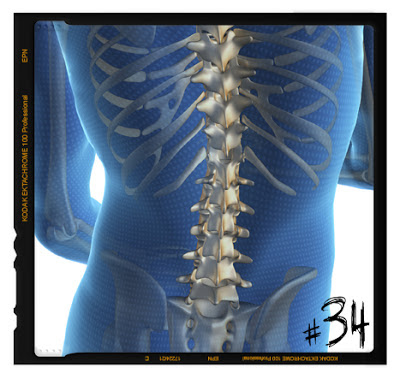 #34 - Chiropractors
Speaking of aching backs, I was skeptical at first, and might still be, but I can't deny two very important things about getting Chiropractic care for the back/pelvic issues that have been plaguing me since February. One, they have been the first group of specialists I have seen that have actually identified the true source of the pain.

That source is two-fold as I expected. The compression in my discs affecting my feet and legs and all that, and my sacroiliac joint affecting the rotation in my pelvis and pain in my hips. The sacroiliac joint or SI joint is the joint in the bony pelvis between the sacrum and the ilium of the pelvis, which are joined by strong ligaments. Just in case you didn't know.

Second, they are the first group of specialists that have provided any real relief. Thus far, it has not been total, but it has been some. Not sure if I CAN achieve total, because I can't change some of the things that are causing some of the problems, like driving for two hours a day. But I can certainly work on a lot of the surrounding factors.

Anyway, it is nice to have a path at least. Even if it is a slow one. And nice to be able to be taking less pain medication. I still need it, sadly, but I need it a LOT less. And that's fine by me. 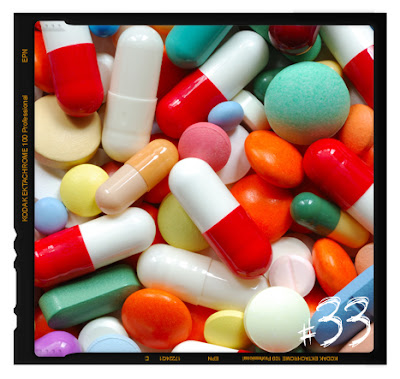 #33 - The Right Medication
I often bitch about how many medications I have been on from time to time. Sometimes I say too many. I also talk about how strongly I resist placing Bennett on any, or Carter, because of how scared I am about potential side effects. And I feel completely justified about those feelings.

Watching Bennett nearly come apart several times over taking medicines that just were not right for him was tragic, and just this past week a new medication was tried on me for depression, and like almost all anti-depressant medications the results were not good at all. I stopped after only two doses.

But when medication works and works well, I can't deny how thankful I am for it.

Take Chantix for example. We're coming up on the FOUR YEAR anniversary of the first time I took that medication and it helped me to stop smoking. Can you imagine that? Smoke free for FOUR YEARS after smoking for over 20. That's something else.

And now Bennett. We've recently tried a drug with him called Intuniv. While it hasn't fully knocked back all of his aggression, it has certainly helped him a great deal with his focus. And it is our hope that this will help him with his learning, which will help him with his communication, which might help eliminate a lot of the frustrations that lead to a lot of his aggression.

And in just a week of his taking it? Everyone who knows him has seen huge, HUGE improvements in a lot of his ability to stay on task, to stay engaged, and especially in his efforts to communicate. That is huge, and as you can imagine, a pretty big step in his development. 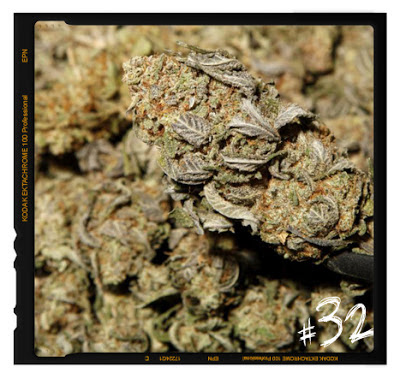 From the Washington Post:
Voters in those states approved ballot measures permitting possession of up to an ounce of pot. But the federal government has not changed its policy, which labels the drug an illegal substance. Members of Congress introduced legislation Nov. 16 that would allow state marijuana rules to preempt federal ones. But that, in effect, would resemble federal legalization, and it’s unlikely to pass anytime soon.

I don't get it, to be honest with you. Beer, wine and Jack Daniels are everywhere. But pot is illegal. And there is so much tax money to be made from it. People are gonna smoke it. Just like people are gonna drink. They really are the same type of deal. It's just a sad truth. Both are drugs. Period.

And besides, if I could just make myself some cookies I wouldn't HAVE to take the freakin' high-powered pain medication. Why is THAT legal? 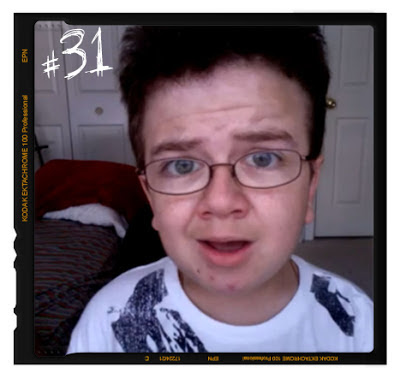 #31 - YouTube
Well, while I clack away and ponder the fact that it makes more sense to me to eat pot cookies for pain than take a chemically produced Vicodin, what are my son's doing? Carter is playing with some toys and waiting to decorate the Christmas tree, while Bennett switches between watching the football game and shouting 'YEAH!!!' no matter who scores and no matter what play happens and when he tires of that and jumping up and down he goes back to the iPad and watched videos on YouTube.

Lately it has been a great tool for him. He likes to watch the ones of he and Carter interacting a lot, the ones I have loaded into my account, some public, many private.

But he also watched a lot of other stuff. He likes to watch kids sing, especially some girl on Britain's Got Talent and of course that Katy Perry kid.

Email ThisBlogThis!Share to TwitterShare to FacebookShare to Pinterest
Labels: Gratitude