Have for a few years now. After Bennett had his issues with seizures, Mrs. Lilly and I were never comfortable with the boy sleeping in his own room. What if he started having seizures in the middle of the night? And he did, back in the day, well...um, night too (during 2009 when he was being ravaged by them), and we wanted to be there for every cluster.

He was teeny then, and still in diapers. So he fit very easily twixt us both on a monstrous King Size mattress. Times change, and while his seizures stopped after brain surgery, fears of what he might do because of his disabilities remained were he to awaken in the middle of the night and go wandering about. So he remained in the bed.

He changed with the times, and has grown like a genetically engineered tomato plant. I was getting almost no sleep from his rolling around and finding immense comfort by using me as sort of Man-Pillow. At some point, it was going to have to be him or me.

Guess who got the short straw? 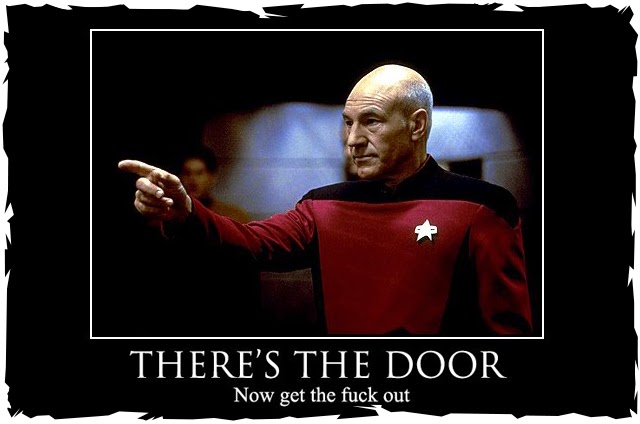 Made sense. He usually seeks Mommy in times of extreme duress anyway, and so that's the habit that started forming. The guest room bed was fairly comfortable, and a boy's best friend is his Mother. It has been this way for years now. We tried a few times in a half-assed way to break the chain, with little success (did I mention the half-assed part?) and then we tried one total commitment effort and had some good success. This was when we moved from the house we used to own and came here, to the house we are now renting. That was last summer.

It did not last long. Jen's job changed, she started working REALLY late at night three nights a week, and Bennett's medications changed...a lot. So much that they affected his sleeping cycle. Since sleep become a precious commodity that we both desperately needed to get, AND since he kept waking up and coming in to the bedroom to seek comfort from Mommy, AND since we were both becoming Walking Dead from sleeping maybe 4 or 5 hours a night, we caved and went back to the way it used to be.

So I sleep alone.

I can't say I know for sure if this is going to change again anytime soon. I know nothing with certainty anymore...other than some of Life's Absolutes. I'll die. Taxes are due on the 15th, that kind of thing. But the rest? No way to plan, because Bennett is the Ultimate Plan Fucker-Upper.

Bennett's DISABILITIES are the Ultimate Plan Fucker-Upper. Pay very close attention to the fact that I am making note of this re-statement. I'm his Dad, and even I say shit that I find offensive at times. So the next time we as Special Needs parents are so quick to gather a lynch mob together to go after someone for saying the word 'retarded', sometimes even when they may just lack the right guidance and education....pause for a moment and consider the things we have thought and felt as PARENTS of our own children. Of COURSE it's a shit word that we hate. But judgment is not a thing to be passed around like bad Chinese Food samples at a Mall Food Court. (Or chocolate covered pretzels from a supposed 'buddy'.) 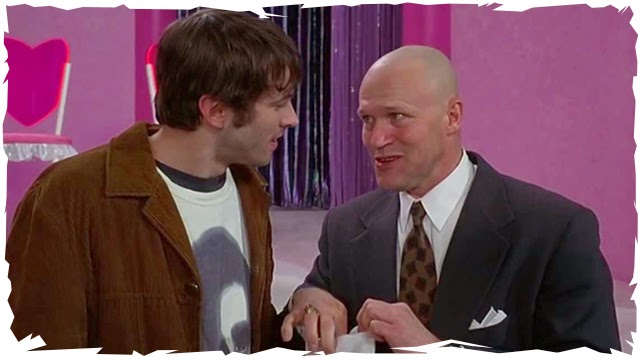 But I digress. So sorry, I tend to do that.

I had a point here somewhere. Oh yeah...so last night, I was not going to sleep alone.

The plan was for me to sleep with Bennett. Jen had to get up super early for a doctor's appointment and I went in to sleep in the bed with Bennett so that he would not be disturbed by her waking up and doing her morning thing. That was the PLAN...Bennett went a little, how should I put this...bat-shit-off-the-charts-out-of-control when we tried settling him down for bed. This was after midnight mind you. This is how fucked up his schedule is on the new medications he is taking to manage his bat-shit-off-the-charts-out-of-control behaviors, his sleep, and other junk.

So we had to fall back to Plan-B. She slept with him and I slept alone in my usual spot. She got up earlier than planned, did her thing in a different room, then came in and woke me up, I went in and laid with Bennett until it was time to start to wake him up and get him ready for school.

No chance at all of me going back to sleep when I went in there to lay down. I am that type that once I am up, I am up. Might as well start the coffee, because it will be a long day.

All of that set-up, which you needed to know, brings me to the reason I wanted to post so quickly after yesterday's. Just to explain one moment in time. ONE MOMENT.

Remember when I said I had such a hard time with stress? With breaking out of this cycle of Post Traumatic bullshit that I am dealing with when it comes to Bennett's aggressive behaviors? This is related to that. The distinction I want to make is that for the most part his intellectual, cognitive, communication, whatever you want to call them disabilities I can cope with. It is the explosive, random and unpredictable aggression that I have a very hard time handling.

Without question, it is the single greatest challenge I have faced in my life. Ever. And I think I've had my fair share of uphill climbs.

I was watching him sleep. Cute kid. Always has been. It was one of those moments that you cherish where you, as a parent, wish you could bottle the emotion you feel at that split-second so you could put it away somewhere in a cupboard in order to drink it up at some other time when you feel like absolute shit.

When it was time to rouse him from sleep, I gently put my hand on him, said his name and nudged him. 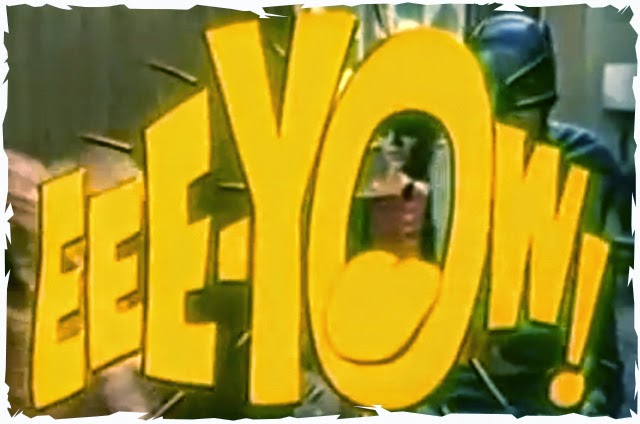 He punched me directly in the face. Since his punches are almost open handed, he got some Wolverine action in too, so two fingernails scraped across my cheek.

Was he even aware of it? I don't know. It doesn't matter does it? Moment gone. Replaced by a lot of other things I've gone into before so I won't go into again. But if you know what PTSD is, how it does the whoodoo-voodoo on your body's systems, you know what I am talking about. If you do not, then Google is a great tool.

Bottom line? Day started off like someone dropped a turd in my coffee.

You were waiting for the photo to go with that one, weren't you? Be HONEST. It's OK. (I did LOOK, but not for long...)

I didn't react to the smack outwardly to Bennett. Well, I don't know if that is entirely true. Let's be totally honest. I do. What I mean is, I didn't yell, hit him or start jumping up and down like a crazy person. All that wacky shit happens on the inside. But I turn more cold towards him. I'm less of the peppy, upbeat, sing-songy 'Time to Wake-Up!' Dad that he needs in the morning.

That is what sucks about it, that cycle. I can't find a way to be that Dad when he does something like that. He can't stop himself from doing it.

I have fears though, genuine fears, that this is not going to stop. I peeked back...how long have I been writing about Bennett and his aggressive behaviors? How long have we been seeking more control? How many measures have been attempted and failed?

When I said yesterday that I needed to change, and that Bennett was the one that wasn't going to, that was only partially true. True, we ALL need to be more aware that he is the victim and he is the one who is disabled, and that we adapt to him, but at the same time, there does have to be some change with him, doesn't there? I mean, it would be foolish for me to proceed with my life thinking it is OK for a kid to walk around the house throwing objects and hitting, pinching and biting as a method of expressing himself.

And yet, how do I find the solution? For us both? What is going to happen if I can't?

Did I have an honest to goodness point to this particular post? Probably not. Maybe just an illustration of how often and how early my derailments occur, and how easy it is for the downward spiral of my day to begin. That was 7:08 AM. As the day progressed, I've written a little here, a little there, as time permitted, and I attempted to take the boys out to dinner. I'm on duty tonight, Jen's at work. Not so good tonight...Bennett was not very manageable. Had to bail and leave most of my meal uneaten.

I suppose that by at least trying to get them out of the house it was a step in the right direction. It may have shat the bed, but some other days it might not. Good times, bad times... But to have come nearly twelve hours from the Wake-Up Call to deciding to try and take him out? I guess that's what you call progress.

Though, don't get me started on how badly I am TOTALLY FUCKING up my older son. Oh...there are blogs aplenty to come on that. The boy can't stand me. And their relationship? Oh man...is it bad.

Really bad. Working on it, trying to fix it with counseling and a bunch of stuff, but that is in a pretty bad tailspin. Especially tonight.

Only decided to put this in here because of timing, since today's blog has been written in around 7 different time periods, and right now things just settled down after a massive altercation between those two. Carter just can't stand Bennett...even more than most older brothers can't stand their younger brothers. Carter's resentment is much, much deeper. And I get it, I totally do. I just want it to change. I NEED it to change. But it can't.

There are honestly times I foolishly wish there would be some...I don't know, some person that would show up at my door with all the answers I seek. I know it is never, ever going to happen. But man, I wish for it a lot. That would just be too easy, wouldn't it. :)

So was there something positive to come from today? Yeah, a couple of things, and I'm clinging to them with everything I got, trust me. Cause these days, I'll take whatever good I can get.