That's The Way The Story Goes... 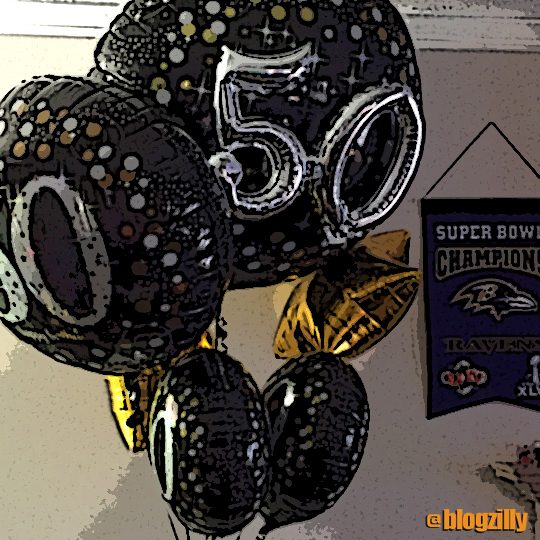 Another term for balloon is bad breath holder.
-Demetri Martin

I'd like to thank everybody who took a minute to send me a note yesterday, either through Facebook, Instagram, e-mail, text and the rest. Thanks for thinking of me. To those of you who called, I'm sorry I didn't answer the phone. That happens in this Special Needs Life. This is difficult to explain to those that do not live it, easy to explain to those that do...but I was totally consumed by what was going on with Bennett. It was center stage all night and nothing could change that.

For the most part, the issues that surround my child with Special Needs don't follow a schedule. So the fact that I reached a 50th year milestone birthday? It didn't mean anything. Not really, other than "Hey, I made it...whew." The reality is...it was a Tuesday, and an unusually difficult one, for Bennett. That by extension made it an unusually difficult Tuesday for everybody else.

I think a tooth is coming in and frankly he has never been able to process pain very well. Who does?

That was the foundation. Or I think so. I can't ever say with certainty, because we can't communicate with each other on any complex level. What got the aggression boulder rolling down the mountain was a set of balloons that were here (the 50th helium birthday balloons from the photo above) when he got home from the SN facility he attends for school.

Pure joy. That's what I saw in him for around 6 minutes when he first laid eyes on them. That lad loves balloons. He grabs them and starts running through the house with them, giggling and snorting and having the time of his life. Until one popped on a ceiling fan.

It isn't like the pop of the balloon scared or upset him, or that he gets freaked by loud sounds. This is a boy who loves that kind of shit. He loves fireworks, loves police sirens, the sound of a starting pistol for a track meet. All of it. To fully understand why the popping of the balloon led to him trying (and succeeding) in destroying several other balloons, whilst using the balloon to beat things that belonged to me and himself in the face, you have to go back to his difficulty processing pain.

That includes the kind of pain when you stub your toe...but it also includes the complex stuff like guilt, shame, loss, loneliness, etc. And that list is endless it seems. I've only just begun, and it has been 8 years now, to understand what a driving force this is for him. And how difficult it is to navigate the mine field of it when we can't communicate with each other.

With that in mind, I make a lot of suppositions. They guide me. As much as guessing can. But my guess last night was that he felt bad about popping my balloon, thought I would be upset though I assured him I was not. Or he was just sad by the loss of the biggest, fattest balloon himself. Either made sense. As it kept escalating, the real issue became less about him and more about me. For the first hour, hour and a half I was handling it all very well. But then I couldn't.

I'm a human being. Though many have accused me of robotic tendencies. All the depression, the anxiety I've had building up about turning 50, where my life is and how much I don't like where it has been for years, blah blah blah...it had all been sitting in there. I used very poor judgment, not only yelled at him but after he had destroyed most of the balloons I popped the last two just to get the whole thing over with. 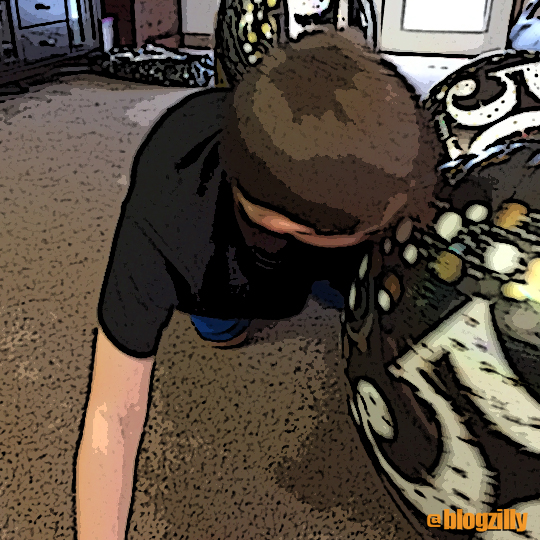 I shouldn't have. Should have thought of something else. Of course it made things much, much worse. By the end, I was a sobbing mess. Then, like we always do, we came to terms. We apologized to each other, I told him I loved him, he said I love you too. Though as much as it feels good to hear I know he has learned to say it as a response phrase to hearing the words "I Love You" being spoken. I'll never know how he FEELS. I can only guess. And hope.

After we made up he had a bath and then fell asleep next to me on the sofa like he does most nights, watching CNN. Not that CNN is the usual fare on TV, it isn't. I went with something 100% boring to him on this night so that he would just have a talking head and nothing that would grab his interest while he got sleepy and I rubbed his back. That was what worked for him last night. Other nights it is something else. Whatever gets it done.

THAT was the 50th birthday. No candles on a cake. No singing songs. No un-wrapping of gifts. No party. Just violence, tears and exhaustion.

Credit where credit is due section: There was an unwrapped present given to me in a kind of quick 'Let's fit this in here' scenario. That's this Life. I'm OK with it. There was a cake type dessert. Because of the behavior spikes we couldn't risk exposing it to Bennett, had to wait until he went to sleep. The other members of the household were unable to wait for him to be fully asleep and upstairs so they munched without me, thought that could have gone down differently. My Mom sent me some cash, very cool.

Important to point out my mood and overall disposition was just bad. Frankly I should have found some hole and crawled into it. Too much negative energy all around. Yet how long has it all been here? A long time. A very long time.

This is the reality of Life with Bennett. On any given day things can turn. You would expect that I would have found some kind of emotional shielding from all of this by now. That I would have more answers...have everything figured out. There are days man...days when I feel as clueless as I did when this all started eight years ago. I hate that about myself. Our lives can and should be different. This truth screams out to me. 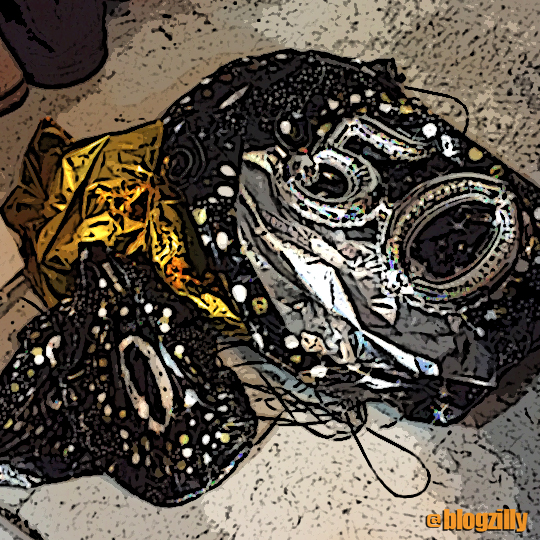 I used to hope his aggression would cease. Now? I hope to get to a point where we can get a reduction to where he has a ratio of at least 55/45...meaning a few more good days than difficult days.

There is only one problem with getting too accustomed to re-drawing your line in the sand. You start to have a level of acceptance of a shattered world, and I'm not sure if that's OK. Though it must be since I'm suggesting it right? Besides, after a while all you have left is a bunch of sand and nothing else.