Bennett's Fate by the Dying Light of the Dixie Cups 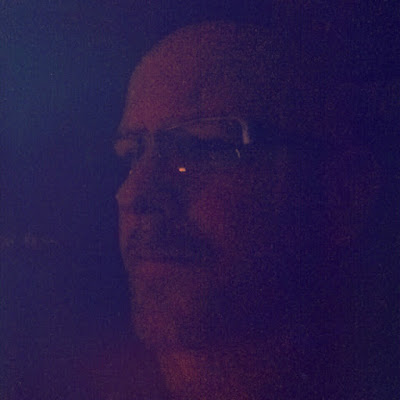 I question matters of Faith and Spirit with some regularity.

It might surprise some to know that about me, since I don't discuss God much. Other than those few blasphemous swear words I pepper into a conversation. Or using the words "Jesus" or "Christ" in a format where I'm not quoting the man, rather reinforcing some point or emotion totally unrelated.

That MIGHT be on a Sunday. Between the months of September through January for sure!

Otherwise I keep my Faith to myself. And I don't claim this is a good thing. I merely state it as fact. I admire people with steadfast belief systems. Those unshakeable pillars of righteousness that can quote the bible chapter and verse and who do their damnedest to live a life according to those beliefs.

I've talked about some of those people here before. So long ago...back when I used to write. Back when I had some idea of who I was. Where I had been and where I might be headed. I'm more lost now than I have ever been.

Yeah that whole positive thing I tried? Failed, as I have failed so much in the past. I wanted it. I could taste it. But I couldn't maintain it. So what did I do, as far as this blog? Hid. Like a fuckin baby. Didn't want to admit that maybe I just didn't have what it takes to be that guy.

My life just isn't that, and has never been that. And from the look of things, it will never be that. I can't false project an air of total positivity and feel that I am being honest. It feels like wearing someone else's skin. That doesn't mean I want to be negative either. I just can't lock myself in to any one thing.

I don't know what the Hell I am trying to say. I am so twisted up.

Tomorrow morning I am driving Bennett up to the Cleveland Clinic to see a Neurologist. (Ladies and Gentleman, we have found THE POINT of this rambling!!!)

The Hell you say?

The Hell I say.

A few weeks back I started to notice some odd positioning in his right arm. The positioning became sudden jerky movements. He also pulls on his shirt. This sounds ridiculously oversimplified. Visuals are better.

He has seen Psych and GP. X-Ray to rule out a possible injury. In case you don't know much about Bennett, he can't really tell me if it hurts. Not really. He uses echolalia a lot. His pain tolerance is also Rocky Balboa off the charts because of his left side being mostly gone. The left side of his brain I mean. 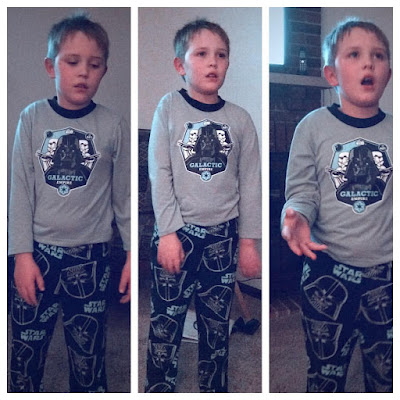 So could be a lot of things. Could be the Resperidone he takes for aggression and self abuse. We already started that wean. If the fact that today at Kroger and his meltdown in Caroline's Cart where he started to try to pull his eyebrows off and stick the loose strap into his eye is any indication of how bad it might get, my heart is already breaking for him, what's left of it, and I feel like stabbing myself in the neck with a screwdriver.

Today I was kind of curious, so I started looking at some video. Shit. This arm thing didn't just start a few weeks ago. I think it started over a year and a half ago, maybe longer.

AND I DID'NT SEE IT! I WAS SO WRAPPED UP IN MY OWN LIFE I MISSED SEEING THIS SUBTLE DETAIL. I FAILED HIM IN THE WORST WAY. WELL, IF YOU DON'T COUNT WALKING OUT ON HIM AND MY FAMILY FOR OVER TWO MONTHS.

I don't miss details like that on him. I just never did before. I was the one who can be heard in a video asking whether Bennett was 'retarded' before he even turned a year old. I was in the doghouse for a month over that. But there was something about his left eye and it's focus. I was only able to get out of the doghouse by doing a lot of photo diagrams and presenting video evidence.

Nobody believed me, but I was less reviled.

And hey, this was back before I knew anything. Which is why I don't lose my shit if I hear someone else say it. They just haven't been educated on what their choices are yet.

But I missed this arm tuck and feel sick about it. Sick. I can only hope that whatever this is that the damage is not permanent. If somehow our actions have made this whole thing worse...I dunno...Jen had a very reasonable point. At the time he went on the medication, he was slamming his head into the floor, the wall, LEAPING off of the top of the stairs to hurl his body down them.

And since MMJ ain't available here, all we could do was put him on this medication.

I was sitting up here in my college dorm room like bedroom and pondering what a fucked up failure of a father I have been to both of my sons and trying to google map a route to the Clinic when the power went out.

It's December 22, unseasonably warm, not a storm within 50 miles and the fucking power goes out. That was around 10:30. It's around 12:30 now. It will be very hard for anyone to get decent sleep. What a mess. Jen took Bennett to their room and I gave them the only lantern I had batteries for.

I had one flashlight left the kids had not broken I used that to rig up tea lights in Dixie Cups on plates. Some light not much but some. I don't keep a lot of candles or fire around since as Bennett gets older who knows?

It's funny. Earlier tonight I called a dear friend Richard. He'd be one of those spiritual types I've written about here before. The great kind who knows how to talk about it without shoving it in my face. He is also one of the few people on this earth that I know without a shadow of a doubt loves me unconditionally. That's a post for another time, because the whole idea has been on my mind.

He texts me after and says that he will pray for Bennett and our family through all of this. Now for any of you groaners out there lemme explain something. That's a gift. And I used to be a groaner too. But truth is right now? I'm not praying, and he knows it. And if he believes that the power of prayer can help in some way, then by all means bring it on. I welcome it.

Of course, ten minutes later we lost power, and because we are such good friends I had to text him back and ask him if maybe he messed the prayer up or something. Got a good laugh.

On the inside? And this is the part that I struggle with. God had nothing to do with my power going out...but he sure will take the heat for it. That's exactly what I was thinking as my anger swirled inside me and I took the picture WAAAAAY up top there by the light of the Dixie Cups.

I was pissed. I was passed when God wasn't there for me when I was getting my face shoved into garbage cans by my stepfather, I was pissed before that when God let my real father walk out the door. I was pissed that I was awkward, that I was ugly and geeky, pissed that it was a struggle to feel comfortable around other human beings. I was angry that God let Meighan die so young, and I was furious about a few other things even too personal for me to talk about.

But most of all? Big guy? What were you thinking letting my sweet kid get so messed up? What kind of life is that for him? For any of us? For his brother?

This is the struggle I always have. Always. I reached out to a church locally and want to go back but I am waffling. Because of this. How can my God be a part time employee? How can he allow the shit to go down on Bennett and then also think it's cool for me to run to him for help with Bennett? I tried to explain it all in a very convoluted post a while back, I'll have to dig that one up.

It's a double bladed lightsaber it is. And it's tormenting me right now. Just call me Kylo Lilly. Or call me an idiot. I don't care what you call me just don't call me late for supper. Grandma Ina, that was one of hers.

She sure would grin.